Ivan Morris – Arnold Palmer and me 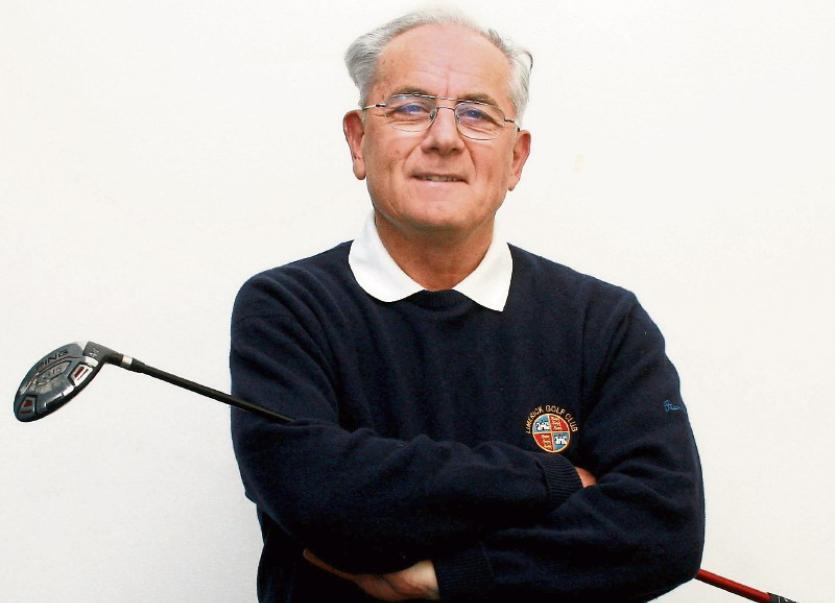 I HAVE been seen proudly wearing an Arnold Palmer umbrella pin around and about lately. Somebody in the know spotted it at a function I attended with the Editor of this newspaper recently: "Those Arnie pins are like gold dust. Where did you manage to get it?" He wanted to know.

"I got it from my friend Arnold, of course, where else do you think I got it?" I replied. It was an exaggeration but not an untruth either and a cue for the Editor to step in and say: "You should write about it in your column." A nod is as good as a wink.

I had three unforgettable face-to-face encounters with Palmer (who passed away on the eve of the Ryder Cup Matches at Hazeltine) not including the interview I conducted with him, by telephone, during the build up to the 2006 Ryder Cup Matches in Ireland.

When I was awarded the dubiously perceived title: Golf Nut of the Year in 2001 it was regarded as a bit of a joke by some but Arnie was one of those who did not see it that way. He was, after all, the Honorary Patron of the Golf Nut Society and one of his closest friends, the so-called, Commander-in-Chief of Arnie's Army, Dr. Howdy Giles, was a GNOTY before me in 1986.

My GNOTY Award gave me both notoriety and access to Giles and Palmer. It led to an open-ended invitation to 'come to Bay Hill anytime for a game with the King.' It also led to the opportunity to submit three articles to KINGDOM Arnie's quarterly publication distributed to the 'hundreds' of Palmer golf facilities worldwide and for which I was generously compensated.

Before conducting the Ryder Cup interview by telephone, Arnie gave me the impression that he wanted to know more about me than I did about him. So, I told him about the three times we had met. I promise you I had him in stitches!

Our first encounter was at Palma Ceia CC in Tampa, Florida in 1965 during my student days. Arnie was at PCCC to play in an exhibition match with Jack Nicklaus, Doug Sanders and a local pro JC Goosie. As a member, I was in the locker room changing my shoes when Arnold and I 'rendezvoused' accidentally.

Arnold greeted everyone and we had a short conversation during which I mentioned that I was from Ireland. Arnie soared into raptures talking about Portmarnock and Christy O'Connor (Senior). My golf knowledge was not at full throttle yet and I didn't 'rise to the occasion' by titillating him with anecdotes about Christy and the famous Dublin links.

Eleven years later, I attempted to qualify for The Open Championship at Royal Birkdale (won by Johnny Miller.) I didn't quite make it (narrowly) but because I was on the waiting list, I had access to the competitor's parking lot.

There we were, my wife and I, sitting on the grass having a picnic when who pulls up beside us in a bright red limo only Arnie and his wife, Winnie.

"Hey pro, good to see you. How the hell ya doin'?" Was the arresting greeting; so typical of Arnie - always going out of his way to make sure you knew he liked you. We spoke for several minutes with him treating me as if I were 'serious competition.'

Guess who we followed onto the course to watch playing a practice round: our new pal, Arnie in the company of Sam Snead, Curtis Strange and Gary Player - all well worth watching they were to

Third time was a charm. I travelled to Portrush in 1995 with my then, 15-years old son David, to watch the British Seniors Open. Arnie was a competitor. In the tented village a charity had set up a small putting course.

£1 for two go's - if you sank one effort you won one golf ball; sink two for three balls. Arnold himself happened to be on hand to make the presentations. David was bursting to have a go so I offered up my £1 but before you could say 'Arnie's Army' David sank four putts in quick succession.

At this stage, Arnie intervened and with a broad grin handed David a box with a dozen balls in it, saying: "Take that young man outa here fast before he 'putts' us all out of business!"

About 24-hours later, we were standing at the back of the 10th tee when Arnie arrived. He spotted David, remembered him and gave him a big smile and a thumb's up sign. Can you imagine any other pro doing that? I can't.

Arnie was a people's person and the friendliest golfer I ever met but behind it all he was a tough competitor who liked to win.

Arnie's health was not good early this year and his passing in September came as no surprise.

I had always wanted to have one of Arnie's 'signature' umbrella lapel pins so, I sent a message to our mutual friend, Howdy Giles asking if he could procure one for me and he duly obliged.

If I had ever gone to Orlando and played that game of golf it's a certainty that I would have been given a pin. Arnie gave all of his guests an umbrella pin. He had the rare knack of making everyone feel as if they were his best, lifetime buddy.