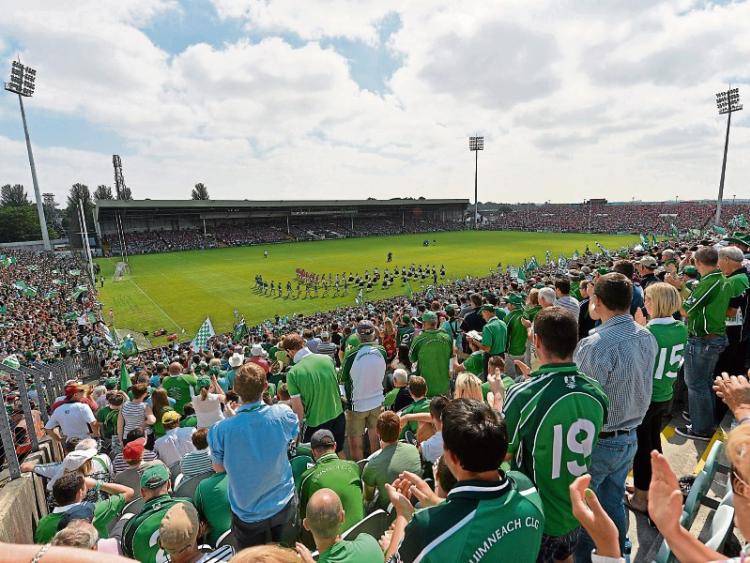 The annual gathering of the clubs of Limerick and the County Board officers takes place in The Greenhills Hotel at 7.00.

Infrastructure projects will be a key target for Limerick GAA in 2017 according to County Board secretary Mike O’Riordan.

In his 46-page report to this Thursday’s Annual Convention, the Limerick GAA secretary has pin-pointed the completion of Mick Neville Park, while also revealing that Limerick officials are are investigating the possibility of utilising the playing pitches of the former city secondary school St Enda’s.

The Community School, on the Kilmallock Road, closed on its 40th anniversary in early 2015.

This time last year the former secondary school on the southside of Limerick city was given a new lease of life as a further education facility under the auspices of the Limerick and Clare Education and Training Board (LCETB).

Now Limerick GAA are exploring the possibility of utilising the playing pitches and sports complex of the former school.

“Over the past eighteen months we have been in discussions with the LCETB regarding the possibility of utilising the playing pitches of the former St Enda’s Community School site on the LCETD Kilmallock road campus,” outlines O’Riordan.

He added: “This will be outlined thoroughly in the early in the new year”.

“​The Physical Development Projects have commenced at both St Enda’s and Mick Neville Park with Phase 1 tender documents due back for consideration for the later,” said O’Riordan.

“The Mick Neville Park project has got to be finalised by the end of next year,” stresses the secretary.

”I would propose that it would be completed over a staged period with ground works and pre cast concrete installation to be completed immediately. We have just under €800,000 secured for the project and require another €300,000 to see it out.”

He added: “The pitches next season do need a massive overhaul in the spring as well as the old lighting systems at the facility.”

“As part of the Strategic Plan Munster Council Delegate Paul Foley under future infrastructural projects breakdowns the endless possibilities for the Gaelic Grounds into the future,” outlines O’Riordan.

”I would also like to reassure the clubs that it is our intention to return to the Gaelic Grounds once the infrastructural project at Mick Neville Park is completed.”

O’Riordan also stresses that “the finance of the County Board is still in a precarious position”.

”I would urge clubs to have their affiliations, insurance and registration paid on time in 2017. The gates of the past season were slightly back on last year and only for a 75% increase on the County Senior Hurling Final gate it would have been much worse.”