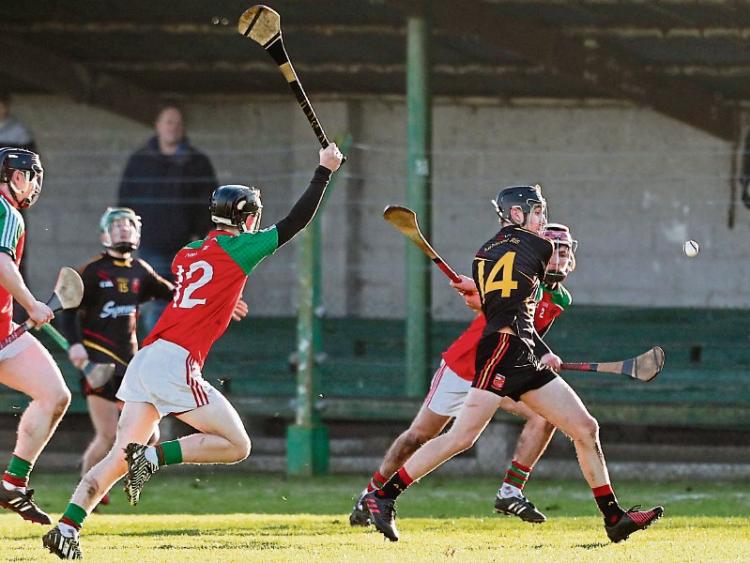 ARDSCOIL Ris are the last of the Limerick representatives in the 2016/17 Harty Cup.

This Wednesday the champions powered into the January 11 quarter finals of the prestigious Munster senior A hurling Post Primary Schools Championship.

Both Castletroy College and Doon lost out and made their exit, following Kilmallock’s Colaiste Iosaef, who departed in the previous round.

It was 1-8 to 0-4 at half time but Ardscoil Ris added scores at will in the second half to ensure they are in the last eight.

And, this win came without county minor duo Ronan Connolly and Paul O’Brien.

A fortuitous goal from Darragh Carroll set Ardscoil Ris on their way in the sixth minute. He added two points from play and it was 1-8 to 0-3 to the city side after 20-minutes.

Brian Ryan had the second Ardscoil Ris goal in the game’s 40th minute to move them 2-12 to 0-7 clear.

On his home ground David Woulfe added two late goals for the winners.

Charleville went 20-minutes of the second half without a score but found a late goal from Jack Doyle, who soloed through from midfield.

Doon, with teachers Diarmuid McCarthy and Diarmuid Carr in their management, Doon had arrived in the last 16 with wins over Kilmallock’s Colaiste Iosaef and Cork’s CBC.

A strong finish to the first half ensured that Midleton were 0-9 to 0-6 ahead of Doon at half time in Charleville.

Jack Ryan was to be the only Doon scorer from play in that opening 30-minutes. William Barry frees kept Doon in touch until the final three points of the half ensure a lead for the Cork side at the break.

Early in the second half came the Midleton goal – from Ger Mellerick. That had the Cork side 1-9 to 0-6 ahead.

But Doon battled back.

Doon needed a goal but it was to come too late.

When it did arrive it came from Brendan Murphy.

But by that stage, Midleton were 1-15 to 0-11 ahead the game was in injury time. Doon now turn attentions to the Munster U-16 ½ B hurling championship in the next week.

The north Tipperary school were fast from the blocks and were 0-3 to 0-1 ahead after five minutes.

But Castletroy, managed by teachers Liam Reale and Leonard Coughlan, found their feet and by the midpoint of the first half it was 0-8 to 0-3 to the Tipperary side.

A goal before half time from Darren Coughlan  kept Castletroy in the contest. At the break it was 0-11 to 1-7.

Castletroy found their best form in the opening minutes of the second half and as the game entered the final quarter it was level, 0-14 to 1-11.

The free-taking of Mark O’Dwyer kept the city side in touch.

But Nenagh finished strongly to advance.