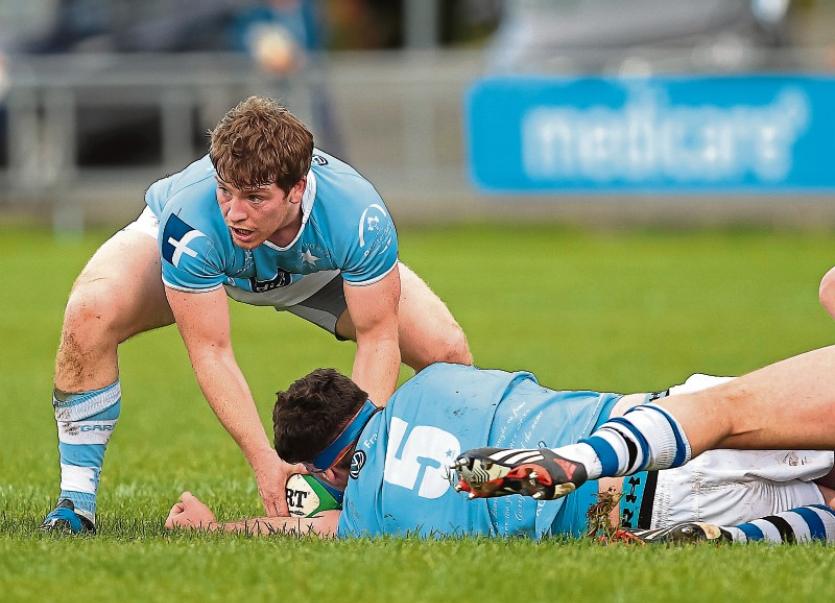 GARRYOWEN knocked Young Munster off top spot in Division 1A of the Ulster Bank League after scoring a hard-earned 13-11 victory in their derby clash at Clifford Park on Friday night.

A second successive win for Garryowen in Division 1A  has seen the ‘Light Blues’ move up to a more comfortable fifth place in the table.

Munsters’ led their visitors 6-3 at half-time, thanks to penalty goals from David O’Mahony and Jack Harrington.

However, a second penalty goal from the boot of Garryowen captain Neil Cronin in the third quarter tied the scores up at 6-6.

A try from Garryowen winger Liam Coombes, converted by Cronin, helped the Dooradoyle side into a 13-6 lead.

Young Munster hit back with an unconverted try from Tom Goggin late on which secured a losing bonus point for the home side.

Garryowen will look to make it three wins on the bounce in the AIL when hosting basement side Terenure College in their next fixture on Saturday. December 3, while Young Munster travel to in-form Lansdowne for a crucial top-of-the-table fixture.