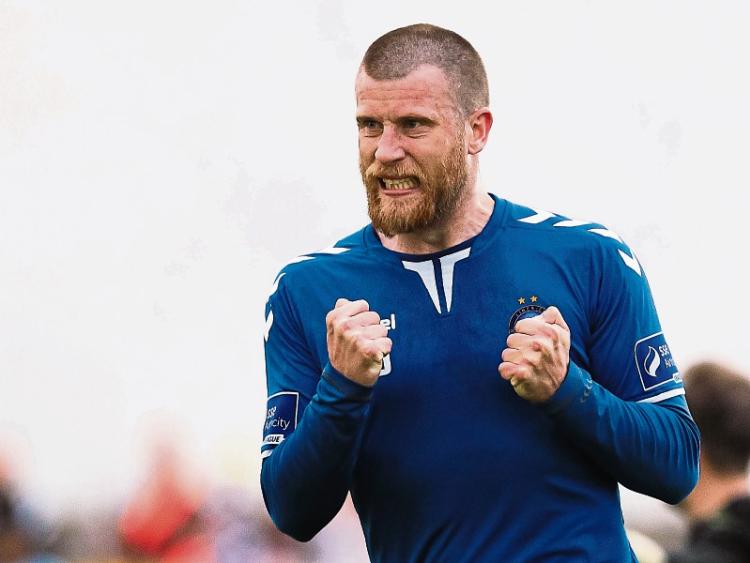 LIMERICK FC’s 2016 Players’ Player of the Year Chris Mulhall has resigned for the Premier Division-bound club for 2017.

Twenty eight-year-old  Mulhall said he has “loved everything about the place” in his first season at Limerick when the Blues earned automatic promotion back to the top flight.

Mulhall was a key figure in the Shannonsiders’ impressive SSE Airtricity League First Division title triumph, featuring in all but one of the 28 games and finishing as the club’s joint top scorer with John O’Flynn on 12 goals.

“I’m delighted to be signed back. Since I finished up in October all I wanted to do was sign back,” Mulhall said.

“I was happy to get the call to have talks and it was done within 2-3 days. It was easy, both sides wanted the same.

“I really enjoyed last season. I loved everything about the place. A happy footballer is a good footballer. I’d like to think I was important to the squad.

“The dressing-room is brilliant there – I probably made friends for life with the boys down there.

“I said it before, I play my best football under Martin (Russell) and I think it proved again this year that he gets the best out of me. Everything about the Markets Field, I love it, the supporters are good to me – I love everything about the place, I really do. I’m really enjoying my football at the moment.

Birmingham-born, Portlaoise-based Mulhall joined Limerick last December following a second spell at UCD. He also had two stints at Shelbourne either side of time at Shamrock Rovers.