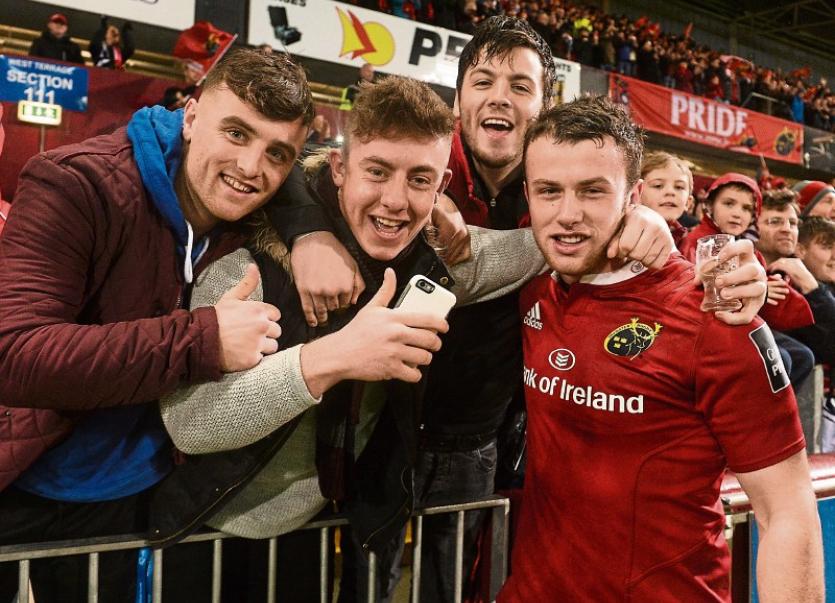 LESS than 24 hours after making his senior debut for Munster in Friday night's famous victory over the Maori All-Blacks at Thomond Park, John Foley answered his club Shannon's call in their Ulster Bank League Division 1B clash with UL-Bohemian.

Foley was introduced as a second half substitute as Munster scored a thumping 27-14 victory over the Maoris before a sell-out attendance at Thomond Park.

The 19-year-old former St Munchin's College star didn't have long to rest on his laurels, however, as he featured in Shannon's starting line-up for their big AIL derby clash with UL-Bohs in UL the following afternoon.

Shannon head coach, Marcus Horan said: “John is a super guy. He is a Clonlara man as well! I have great time for John.

“He is kind of guy who puts his head down and works. I texted him last night to congratulate him on the game for Munster against the Maori All-Blacks.

“At the bottom of the text I just asked him if he would be ok to play for us (Shannon) today in the AIL? He was more than eager to be here and was one of the first guys to rock up for the game this morning. That is the sign of a young man who just wants to play rugby which is great.”

The powerful back-rower played for both province and country at U18 Schools level, claiming Interprovincial honours in 2014/15 and also helping Munster U20s to claim the interprovincial title in 2015/16.

The teenager was included in the Ireland U20 squad for the 2016 6 Nations.

Foley scored a try on his British and Irish Cup debut for Munster 'A' against London Welsh at Midleton RFC last month.

John Foley was one of five members of the Munster Academy who featured for the province in their impressive win over the Maori All-Blacks on Friday night.

Like Foley, Garryowen's Sean O'Connor was another first year Academy player to make his senior debut for the province in Friday's international fixture.

The three other members of the Munster Academy involved in the win over the Maoris were Conor Oliver, Dan Goggin and Brian Scott. It was just the province's third ever victory over a touring side at Thomond Park.

Munster Director of Rugby, Rassie Erasmus said: “It will give us a bit more confidence with knowing that our young guys has this character to pull games like this through.

“Apart from the result of the game we are building depth and have confidence in the depth which is nice.”