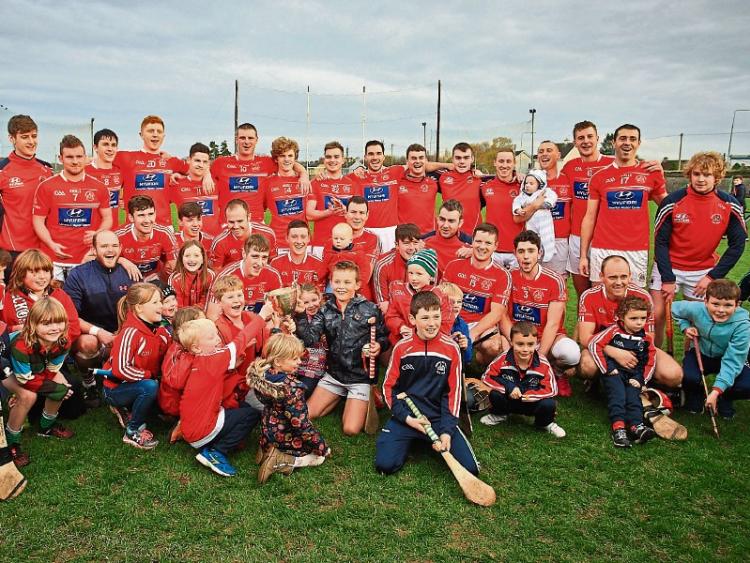 MUNGRET won the last of the Limerick adult hurling championship titles for 2016 with 0-17 to 0-10 replay win over Pallasgreen in the Limerick IHC.

The final of the third tier competition was took place in Kilmallock on Sunday and sees Mungret join Patrickswell (senior), Monaleen (Premier Intermediate), Na Piarsaigh (Junior A) and Murroe-Boher (Junior B) as club hurling champions for the year and a near clean sweep for the City Division.

Both Mungret and Pallasgreen will be promoted to the 2017 Limerick PIHC, replacing relegated Croom and Granagh-Ballingarry.

In Sunday's replay, Mungret were leading 0-7 to 0-3 at the interval with captain Eoin O’Doherty among their scores.

Pallasgreen had 0-7 (0-6 frees) from Colin Ryan, who was last month named in the new Limerick senior hurling panel.

Kildimo-Pallaskenry were 0-16 to 2-6 winners over Kilteely-Dromkeen in the Minor A final in Claughaun. The winners had 2016 Limerick minor captain Kyle Hayes at centre back.

A David Hannon goal had Kilteely-Dromkeen 1-5 to 0-7 ahead at half time. Although Jamie McCarthy added a second half goal for the east Limerick side, Kildimo-Pallaskenry powered to the title with  Adam Butler 0-9 (7 frees), Liam Griffin (1 free) and Dylan Corrigan 0-3 each, their main scorers.

The Limerick mionr B title was won by Cappamore, who were 3-17 to 2-7 winners over Killacolla Gaels.

The winners had goals from Ronan Hanly (2) and Jason Fitzgibbon, while Tommy Cronnolly had both Killacolla (Bruree and Castletown-Ballyagran) goals.