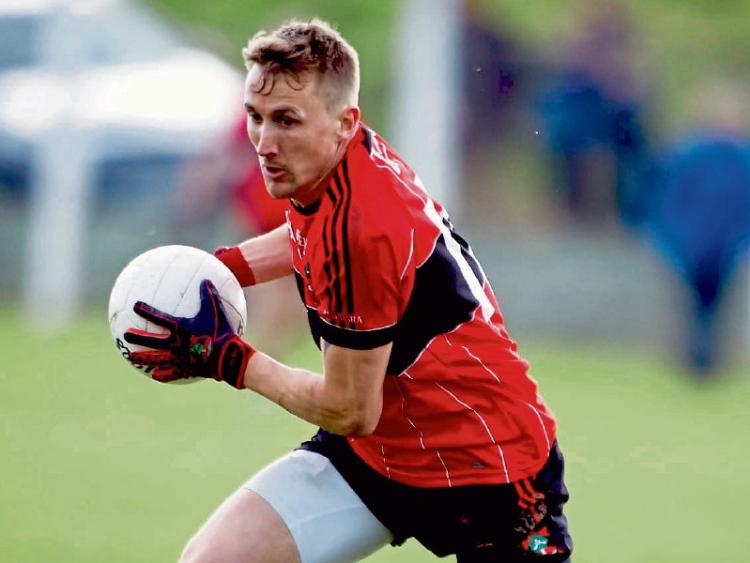 ADARE defied the odds to reach the Munster club IFC final with a 0-13 to 0-10 win over Cork’s Kiskeam this Sunday in Mallow.

Adare will be bidding to become the first ever Limerick winners of the championship – St Senans (2003) and Pallasgreen (2005) are the only previous finalists.

In this semi final win Adare were most worthy winners with a display of fast open football, full of running and pressurising the Cork champions at all times.

The teams were level on five occasions in the opening half and it was 0-7 each at the break.

Adare were 10/3 outsiders but started well in Mallow and were 0-4 to 0-1 ahead after six minutes.

Shane Costello came into the team and the Limerick FC soccer player had the first two points for Adare.

Mark Connolly and a Costello free had the Limerick champions three clear.

Jeff Lohan came to their rescue with a tackle to deny David Scannell a shot at goal as Kiskeam found their feet.

But there was no stopping the north Cork outfit from recording the next four points in a row to lead for the first time, 0-5 to 0-4 with 12-minutes played.

Then came the two first half goal chances for Adare. On 19-minutes Davy Lyons was denied by a save from sweeper Daniel Fitzgerald and then five minutes later he was denied by goalkeeper Anthony Casey.

Jack English and Hugh Bourke had the final scores of the half for Adare.

In the second half Adare were to outscore their opponents 6-3.

Hugh Bourke and Shane Costello had early points and although David Scannell hit back further points from Bourke (free) and Davy Lyons had Adare 0-11 to 0-8 clear as the game entered the final quarter.

Mark Connelly had the lead out to four points until Billy Dennehy hit back for the men in black to leave a goal between the sides with five minutes to play.

A fourth point from play by Shane Costello eased Adare nerves and although Tom O’Sullivan had a point for Kiskeam the Limerick side held on for a deserving victory.