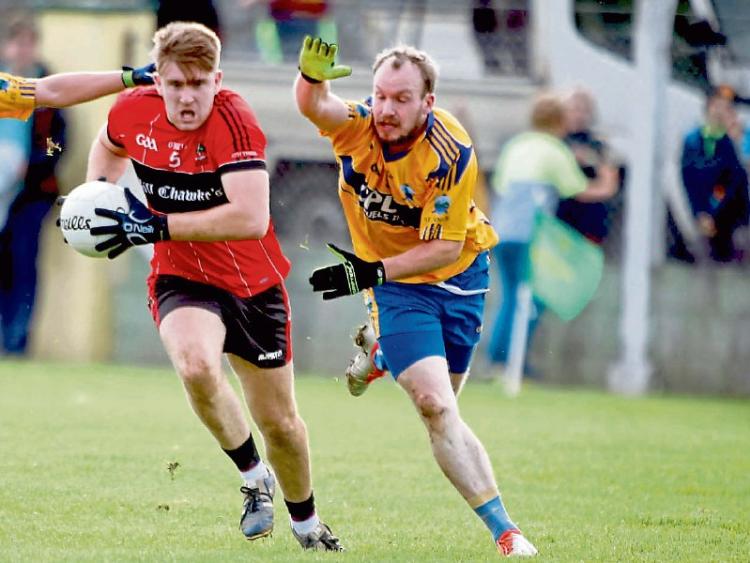 Standing between Adare and a November 27 final against Kenmare (Kerry) or Kilfenora (Clare) are Cork champions Kiskeam.

Diarmuid Sexton and Andrew O’Connell played in that hurling final eight years ago and will again be involved in the club’s latest journey into Munster this Sunday.

Adare, did of course get a walkover in round one with Waterford not in a position to supply a representative for the quarter final. That means Adare didn’t have competitive action since the county final win over St Senans on the weekend of October 15/16.

But this is a youthful Adare side and many will played in the Premier U-21 football championship where as defending champions they look on course for a semi final spot with two wins from two outings.

Last month Adare, managed by Harry Gleeson and coached by Joe Redington with selectors Fionan Kelleher and James Hickey, ensured an immediate return to the senior ranks with the club’s second intermediate title.

While it’s a young side, there is experience with the likes of Mikey Lyons, Hugh Bourke and Davy Lyons involved with varying inter-county football sides in recent times.

The likes of David and Mark Connolly and Jack English are rising talents.

Jack English, Oran Collins, Paul Maher and Bill Supple are carrying injuries but all should be ready for selection.

The bookies make Adare the 10/3 outsiders with Kiskeam priced at 2/9. Adare will look to the results of Oola and Na Piarsaigh in their clashes with the Cork champions of recent years and see that both asked questions of Carrigaline and Valley Rovers before falling short of victory.

On November 20 junior champions Gerald Griffins will be the last Limerick side into Munster with a semi final with Kerry’s Glenbeigh-Glencarr or Waterford’s Ballyduff Lower or Colligan.