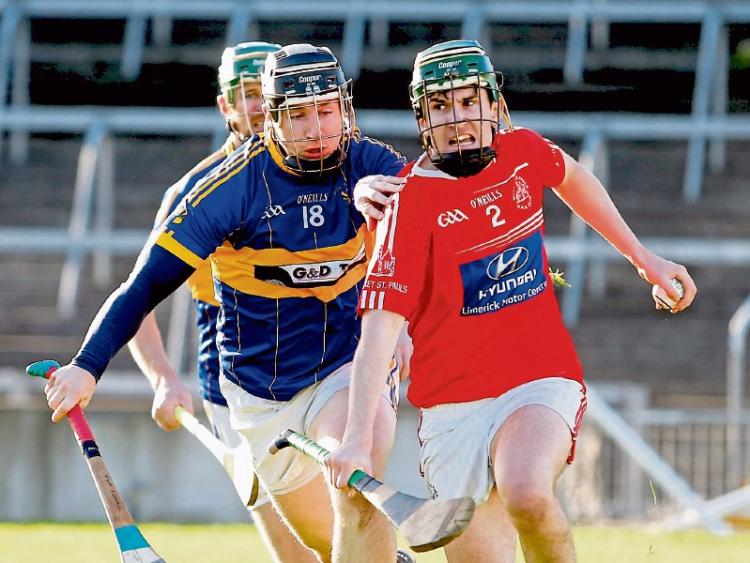 “We have to be better the next day," warned Mungret manager Diarmuid Mullins ahead of Sunday’s Limerick IHC final replay.

The city side needed a late point from Denis Giltenane to secure a draw with Pallasgreen last Saturday to ensure the sides meet in a replay this Sunday (2.30) in Kilmallock.

"WE didn't perform to our best today. Maybe in the first twenty-five minutes we played well but we were three points down with three or four minutes to go. But it's a good sign of a team we got the last three scores. Some of the lads are probably disappointed with their performances but we've a week to work on it now and that's what we'll do,” said Mullins.

He added: “So we're delighted to get a second chance".

"Maybe we were the happier team coming off the pitch. We're already promoted but we want to win this championship. It's important to us as a group of players and as a club. We have to be better the next day,” stressed the manager.

"Pallas won the intermediate championship two years ago. They're more used to this level of competition. The goal gave them a boost. We didn't start the second half well and, even though it was score for score after that, it looked as if the game had gone away from us coming towards the end,” said Mullins.

A lost opportunity was how Pallasgreen manager James O'Donnell summed up Saturday's draw.

"I was sitting up on the wall there looking up at the time and there was sixty-one minutes gone in the game. We'd men free all over the pitch but we couldn't find them. We were up three points but we never pressed on. They took their chances at the end and we didn't. They're a great team to pick out their men," said O’Donnell.

"We panicked a small bit. We were cruising with a few minutes to go but, fair play to them, they came back at us. Finishing three opportunities out of score is the way to end a match.”

What of the replay?

"We'll give it a rattle. I reckon we might drop the mowing bar a bit more. It might work and it mightn't."

The curtain-raiser on Sunday will be the minor B hurling final between Cappamore and Killacolla Gaels at 12.45.