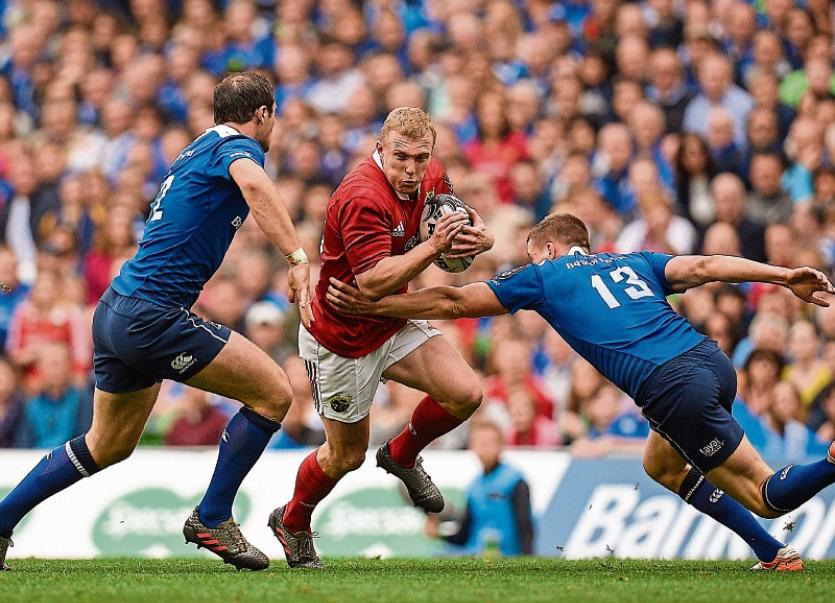 The ban rules Earls out of Munster’s Guinness Pro12 clash with Ulster and Ireland's first Autumn test match with New Zealand in Chicago on Saturday week.

Earls was sent off for a dangerous tackle on the Glasgow Warriors hooker Fraser Brown last weekend.

Earls' ban will expire two days after Ireland’s clash with New Zealand at Soldier Field, so he will be in line to return for the clash with Canada at the Aviva Stadium on November 12.

In upholding the red card decision, the Committee found that the offence was at the low end of World Rugby's sanctions and selected four weeks as the appropriate entry point.

As there were no aggravating factors, the Committee then reduced the sanction by a maximum of two weeks due to Earls' timely guilty plea, expression of remorse and clean disciplinary record before imposing a suspension of two weeks.

Earls will be free to play on Monday, November 7. Both the player and EPCR have the right to appeal the decision.