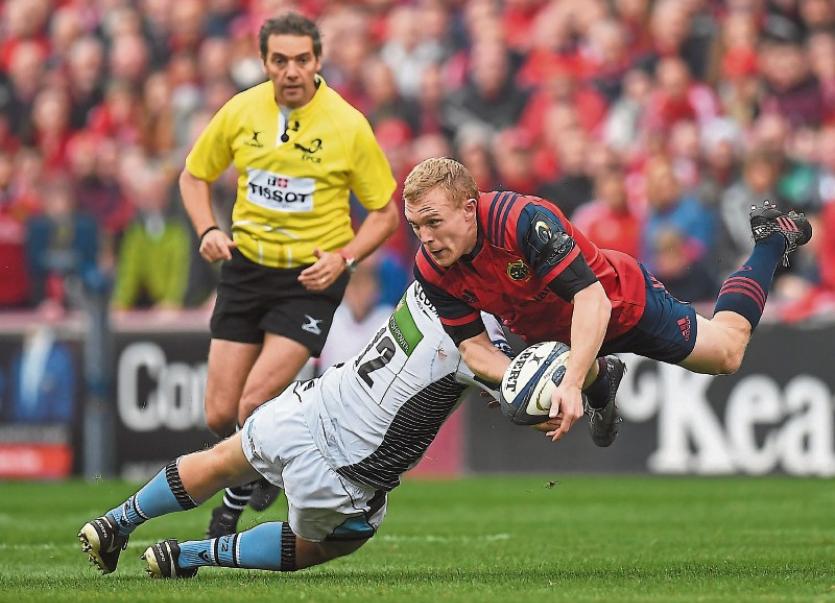 MUNSTER winger Keith Earls will appear before an independent disciplinary committee in London this Wednesday, following the red carded he picked up against Glasgow Warriors in Thomond Park on Saturday.

Earls was sent off by French referee for 'an alleged dangerous tackle' on Glasgow Warriors player Fraser Brown in the 19th minute of the Champions Cup game.

Earls will be hoping to escape a ban, particularly with a Test match  against the All Blacks in Soldier Field, Chicago taking place on Saturday, November 5.

Munster's only win in their last six Pro12 fixtures against Irish provinces remains their 9-7 win over Ulster in Belfast last January.