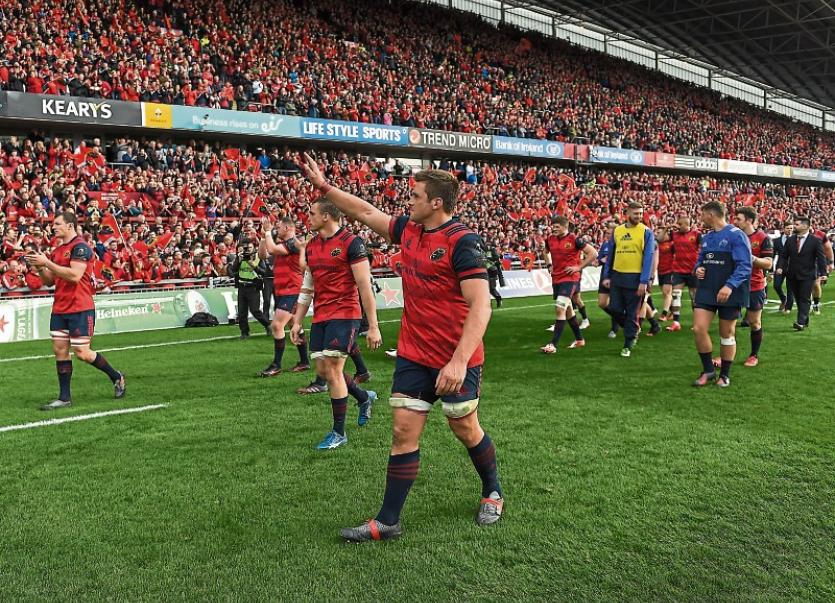 MUNSTER'S South African born number eight CJ Stander said he has been hugely impressed with how Irish people had rallied around to offer huge support following the shock death of Anthony Foley.

Stander wore the number 24 jersey in Saturday's inspired bonus point win over Glasgow as Munster opted to rest the number 8 jersey as a mark of respect to 2006 Heineken Cup winning captain Foley who was laid to rest in Killaloe on Friday.

Choking back the tears, an emotional Stander said: “Everyone was grieving, to see all the support the family got, that we got, it was massive.

“Especially at the funeral, to see the amount of people that were there, that's the thing, with the Irish culture, when one goes, everyone is behind him, it just shows the culture is supporting

“They look after their own, and I think they lost a son, someone that brought the jersey and the crest at his best capabilities and it was amazing to see the support.

“The people coming out to support the family and players, it meant a lot. I've always loved that, and it's a thing I'll cherish for life.

"It was a big week, an emotional week, I felt that he (Anthony Foley) brought a lot to that jersey (number eight). He gave everything in that jersey, giving that jersey off for the day was a great touch.

“You can't do him justice in that jersey, so playing at number 24 was still a massive honour. You only get it for a game, you're just borrowing it from the next guy. For me, it's going to be a massive honour to play in that 8 jersey again. It means I'm going to have to play harder, make him proud."

Stander said the capacity crowd had played a major role in helping Munster see the game out strongly.

"We were down to 14 men for 60 minutes and there was a stage, about 53 minutes in, we were tired, it was an emotional week and everything just came on top of each other.

“Everyone looked up and we just got this massive roar, I can say it lifted you, but it really lifted you, a guy like Jaco Taute - when he scored his try, I heard there's a great picture of him holding on to his crest, stuff like that, the crowd picks you up.

"That's one of the best days I've ever had in this stadium, and I don't think I'll ever have a bigger day than that, just to see the support out there, the lift we got from the warm up, from the run we did back to the changing room.