Munster do Anthony Foley proud in rout of Glasgow 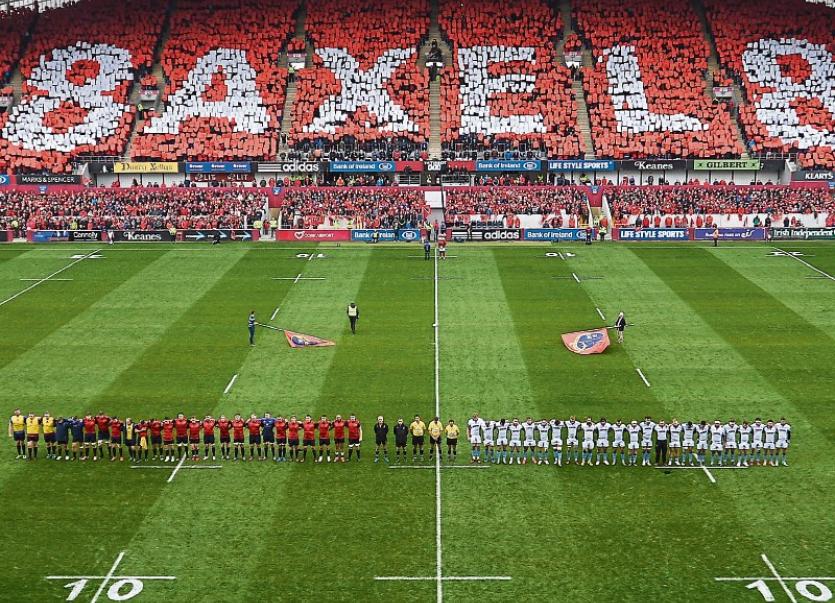 THEY did Anthony Foley proud, the players and the emotionally-charged supporters alike.

Munster’s first outing since the sudden death of head coach and 2006 Heineken Cup captain Foley ended in a 38-17 Champions Cup demolition of Glasgow Warriors at a raucous Thomond Park on Saturday.

Munster secured five tries in all from Man of the Match Tyler Bleyendaal, centre Jaco Taute, Simon Zebo, a penalty try and Rory Scannell late on to record a convincing win before a capacity attendance of 25,600.

The result was all the more remarkable as Munster played an hour of the game with 14 men, following the red-carding of winger Keith Earls in the 20th minute by French referee Jerome Garces. Munster led 24-3 at half-time.

Special tributes were paid to former number 8 Foley before kick-off, including renditions of the Shannon RFC anthem, 'There is an Isle' and Munster’s 'Stand Up and Fight', as well as an impeccably observed minute's silence and the West Stand supporters holding up cards to poignantly display his nickname 'Axel' and the number 8.

Munster retired Foley's famed number 8 jersey for the game and had his nickname proudly displayed below their crests.