COLM KINSELLA – "The Anthony Foley that I knew" 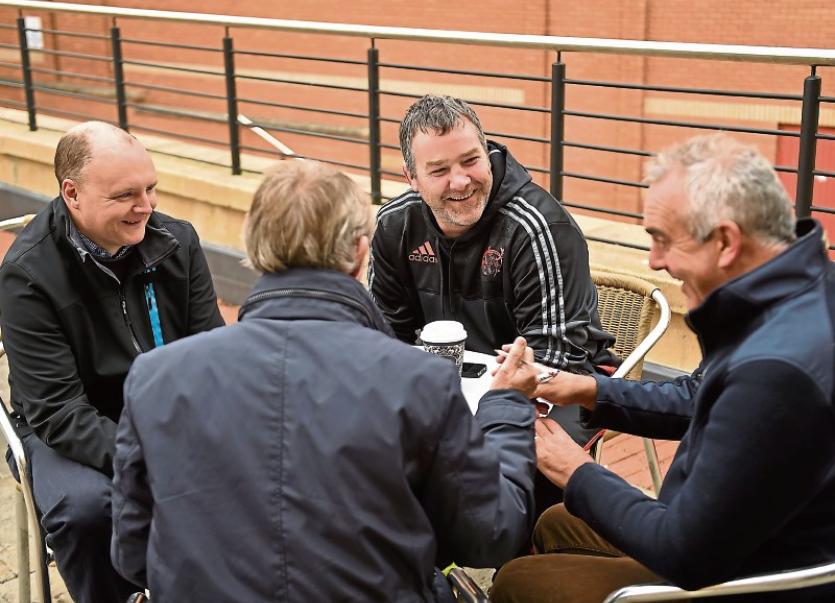 I NEVER felt I knew Anthony Foley well enough to call him ‘Axel’.

Over the best part of 15 years covering the Munster brief as a Limerick-based rugby journalist, I have attended countless press briefings where Anthony Foley was up for interview.

In the early years he was Munster captain and in latter times, Foley was up for interview as Munster head coach.

Foley was always to the point, frank and engaging. I’m not sure he had great time for all sections of the media. In fact I know he didn’t.

But when the likes of long established local media figures, in Charlie Mulqueen, of the Irish Examiner, and Len Dinneen, of Live 95FM, were present, Foley was especially engaging and endearing. The pair went right back with the former Munster number eight to his days attending St Munchin’s College and coming through in the All-Ireland League at Shannon.

”Who are the papers saying we're signing today, lads,” he'd chuckle or ‘Any chance you’d play an auld request for me on your radio show (Sounds Easy) on Sunday night, Len, something by Frank Sinatra would be good,” Foley would quip and then break into laughter.

For Anthony Foley, life was very much local. It was a warm side to his character that not many rugby fans who only knew him from TV interviews saw.

Foley had some difficult days facing the press during his first two years as Munster head coach, but he always fronted up, always answered the questions honestly.

Anthony Foley didn’t do sugar coating. He was succinct and to the point.

Even last April on the day Munster announced that Rassie Erasmus was being appointed as the province’s first Director of Rugby, Foley found himself in the full glare of the media.

The easy option would have been for him to come out all smiles and wax lyrical about the changing of the management structure at Munster.

But, just like he had done on the rugby pitch for so many years, Foley wore his heart on his sleeve that day.

When asked by a reporter what how he envisaged working with Erasmus, he just replied, “We’ll see!”

He didn’t put on a show for the press and journalists covering the Munster beat appreciated that. He called it as he saw it.

At a time when media training has sucked the personality out of so many professional sportsmen, Foley refused to yield.

The last time he came out to address the media was prior to Munster’s trip to the Aviva Stadium to face Leinster earlier this month.

He seemed relaxed and at ease as if a weight had been lifted off his shoulders with Rassie Erasmus’ arrival.

Foley said: “Yeah, I'm enjoying it. I'm looking forward to the weekends and getting out and seeing the boys play.

It's great, having other voices around the place who have different opinions is brilliant and hopefully it's helping and will continue to.”

After almost 15 years covering Munster rugby, I can’t say I knew Anthony Foley well. But I had huge respect for him. He was thoroughly professional in how he dealt with the press.

Not sure what song Len Dinneen played for Anthony on his music request show that night – but surely none would have been more fitting than My Way.

ON a bright spring Sunday in April 2014, the Monaleen U-10 Community Games Gaelic football team travelled to Killaloe to play an early season challenge game against the local side.

Monaleen had won the Munster title the previous year, qualifying to compete in the All-Ireland semi-finals in Athlone,  but this was a new squad. There were plenty of early season rustiness on show from both sides through the opening half with little separating the sides on the scoreboard. Just before half-time Killaloe struck for two quick-fire goals, both of which were softish in nature. As a Monaleen assistant coach I was summoned to take a trip from my spot on the half way line down to the full-back line to try and sort the defensive frailties out.

Shorty after I arrived, Killaloe struck for a third goal and I quickly realised the root cause. The full-back and corner back had noticed the arrival of Anthony Foley on the sideline and were busily discussing same when a high ball dropped into the danger area and the Killaloe full-forward had little difficulty in dispatching the ball to the net.

They always said Anthony Foley had an innate ability to be in the right place at the right time on a rugby pitch. Unfortunately, it wasn’t the best place for the Monaleen Community Games side that April Sunday two years ago!

Neither Monaleen player would have been old enough to remember Foley as a player, they knew him as the Munster coach and were in awe that he would come to their match. Somehow it just didn’t seem right to tell the three excited youngsters chattering away in the back of the car on the way home that evening that the Munster coach was at the game to watch his son playing. As far as they were concerned, he had turned up to watch an U-10 football game.

Most of those same players are 12 now and struggling to come to terms with what has happened to Anthony Foley. Their dads are around the same age.

Sport is cruel at times, we all know that. But, not half as cruel as what life can throw at us on weeks like this.