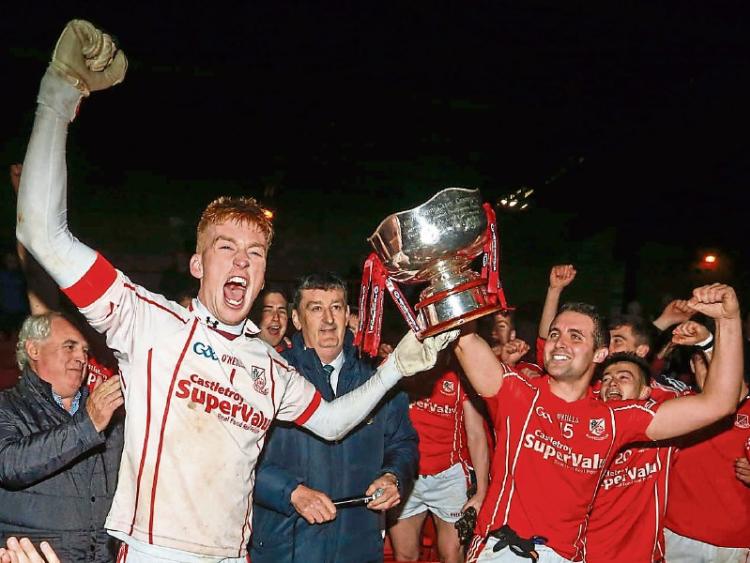 “If you want to have night’s like this, there are no shortcuts - you have to put in the effort and perform and they put in the effort and got themselves in the condition to play our system and we worked hard on that system all year and when it was tested and we were under pressure they stuck to it,” outlined Gavin, who has now captained and managed Monaleen to county glory.

“This is a fantastic feeling - we are delighted. We put huge work into this, this year - this was our 26th match this year - a real massive effort,” said Gavin, who had selectors in Alan Kitson, Fergus Melody, John O’Halloran, Shane Moynihan and coach Ricky Roynane.

“We expected a huge test but we didn’t panic or crack and kept doing what we were doing all year. They performed out there tonight and I am very proud of them,” said the manager in praise of his players.

“We had discussed that we would not win a county without tests - we had a test in the last 10-minutes of the first half against St Patricks (semi final) and we knew that we had to prepare for all scenarios and I said to the boys what if they get two goals in the first five minutes, what if we have a man sent-off, all the scenarios. The thing was not to panic and keep talking to eachother and communicating on the pitch and play our own game.”

Gavin added: “We were conscious of their strengths and had set up for that but at the same time not go away from our system and keep our running game and we have some serious forwards and we wanted to make sure we put them on the backfoot a bit and I think we got the balance right for most of the game”.

”We were calm at half time - we were five points up and playing quite well. We were conscious of what they would bring off the bench and we talked about that and we had our match-ups ready. They are a super side and even though we were on top they got the game back to three points with around 10-minutes to go and we had discussed that scenario and said not to panic and pick it up and Ger Collins got a couple of balls and went the length of the pitch for absolute massive scores and that’s what it is about - leadership when moments are needed and we had those guys,” said the proud manager.

“This is our 26th match (championship, league and challenge games) and we are at it since January and I told them if they wanted to win a county there are no short cuts and to beat Drom-Broadford in the final we had to have our work done.”