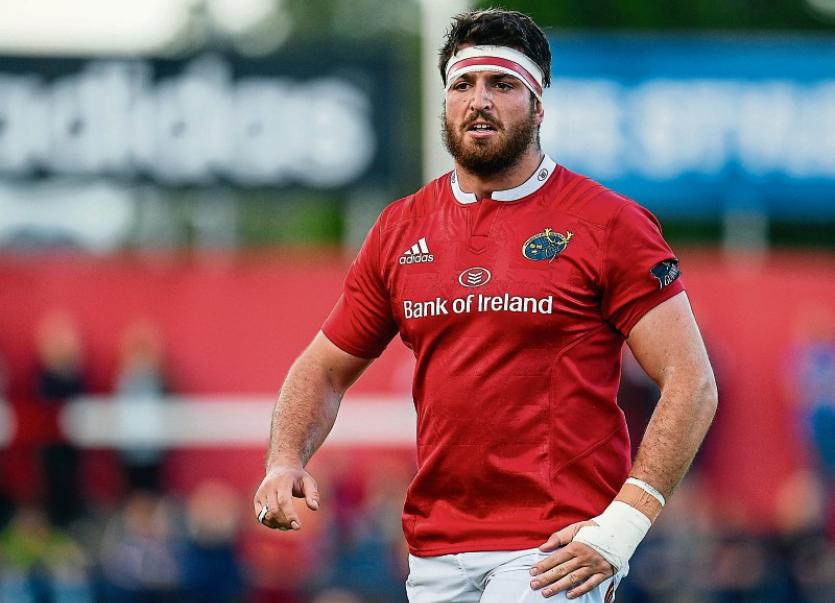 MUNSTER second-row Jean Kleyn is meeting a specialist this Monday to get a further assessment on his ankle injury.

Twenty three-year-old South African Kleyn sustained the injury against Edinburgh in round four of the Guinness Pro12.

The Munster squad is this week preparing for Saturday’s marquee Guinness Pro12 clash with interprovincial rivals Leinster at the Aviva Stadium, 2.05pm.

Pitch sessions of the showdown with Leinster will commence on Tuesday as up to 10 of Munster’s Irish internationals were absent from training on Monday as they attended a one-day Ireland camp at Carton House.

Munster report that club captain Peter O'Mahony has made a successful return to action, showing no ill effects from the more than 20 minutes of game time he got in Saturday’s bonus point win over Zebre at Thomond Park.

Crentre Rory Scannell and back-row Jack O'Donoghue (both neck) will return to full training with the Munster squad this week.

Meanwhile, Colm O'Shea and Andrew Conway (both concussion) will complete their return to play protocols this week.

Dave O'Callaghan who injured his shoulder against Edinburgh has met with a specialist and is now back rehabbing with the Munster medical team. He will be sidelined for the next number of weeks.

Rassie Erasmus will name his matchday 23 to face Leinster at midday on Friday.