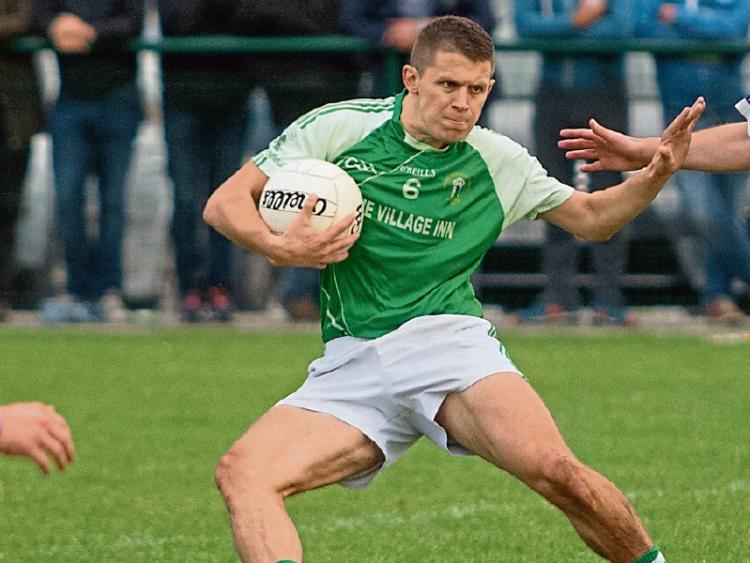 Mullins is in Italy this week as part of the Republic of Ireland soccer squad playing in the Regions Cup.

The Pike Rovers man is joined by Janesboro duo Danny O’Neill and Steven Bradley in the Irish set-up.

In Italy, the local junior soccer trio and their international colleagues will play the hosts, Macedonia and Slovenia.

Mullins wont back in Ireland until next Monday so misses the county senior football semi final.

That eagerly awaited derby between St Patricks and Monaleen takes place in GAA Headquarters in the Gaelic Grounds at 8.00 on Sunday evening.

It is understood that late fixture was requested by St Paticks, who have another player (Jason Mullins) abroad on holidays and there were hopes that he would be back in time for the throw-in.

However, it now looks like both Mullins’ brothers (centre back and wing forward) will be absent for the Rhebogue side, who are bidding to return to the final they lost in 2014 to Ballylanders.

The Saints are bolstered by the return to action of Eoin Hanrahan. A former junior international soccer player, Hanrahan returned after a lengthy leg injury for Pike Rovers on Sunday when scoring after his introduction from the bench. A former Limerick senior footballer, Hanrahan has trained with St Patricks and will be part of their plans on Sunday after missing all six games in the championship to-date.

Monaleen, meanwhile, are sweating on the fitness of Jack Hoare and Evan Quinlan. Managed by former Limerick football captain Muiris Gavin, Monaleen were last champions in 2011. Indeed that county final win over Newcastle West was their last championship appearance in the Gaelic Grounds.

Monaleen are chasing a big double – the Castletroy side play Cappamore in the Premier IHC final on Saturday October 8 in Kilmallock. Ger Collins, Ed Doyle and John O’Dwyer start on both teams and the hurling semi final win last Saturday ensures Monaleen will have dual senior status in 2017.