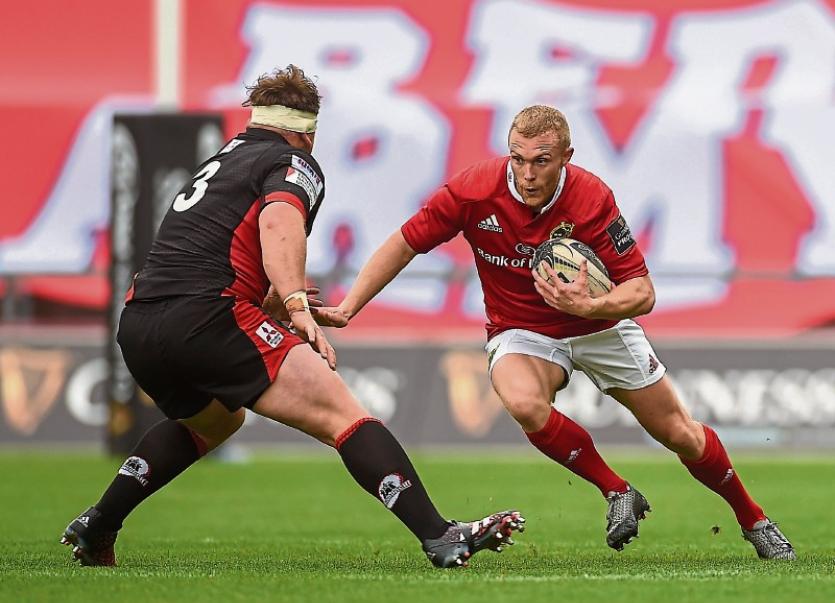 MUNSTER made it three wins from four in the Guinness Pro12 after securing a 28-14 bonus point victory over Edinburgh at Thomond Park on Saturday.

Scrum-half Conor Murray scored a brace of tries in the opening half, while replacement Conor Oliver and flanker Dave O’Callaghan also touched down as Munster recorded a deserved victory before an official attendance of 12,826.

The bonus point, which helped Munster jump up to fourth place in the table, was all wrapped up with 25 minutes to go, as O’Callaghan surged over to cap a fine day for the home side before John Hardie grabbed a consolation score for the Scots.

The one significant down side for Munster was the unfortunate nack/head injury sustained by back-rower Jack O’Donoghue in the opening half which resulted in him being taken from the field.

The game was stop-start in nature and took a total of two hours and nine minutes to play.

Next up for Munster is a home clash with Zebre at Thomond Park on Saturday next, 5pm.