Former Munster and Ireland prop Buckley back at Shannon 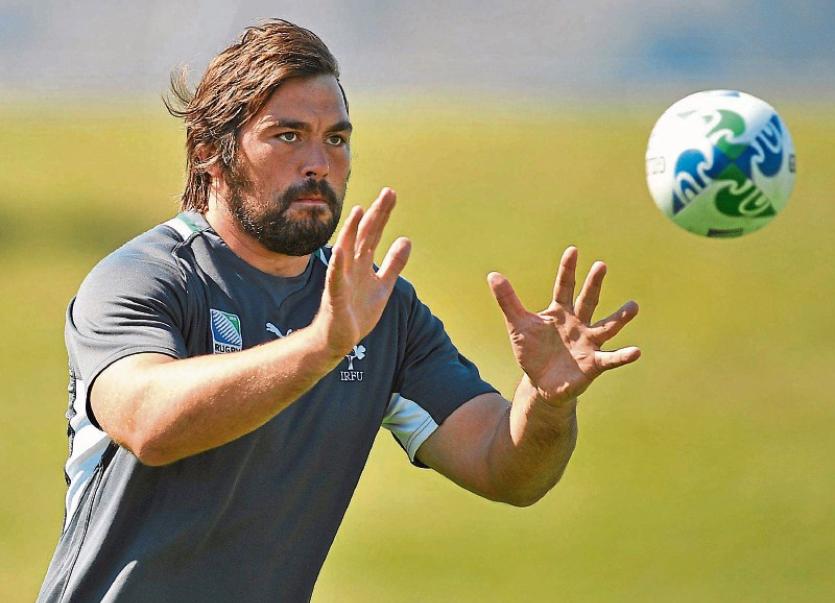 FORMER Munster and Ireland prop Tony Buckley has rejoined Shannon ahead of the start of the new Ulster Bank League season.

Thirty five-year-old Buckley confirmed his retirement from professional rugby in 2014, but continued to play on with Ulster Bank League side Kanturk.

Buckley spent six years with Munster racking up 88 appearances in that time before moving to English Premiership side, the Sale Sharks.

The 6ft 5ins tighthead also won 25 caps for Ireland over the course of his career.

Shannon head coach Marcus Horan said: “Tony Buckley has been with us. He has work to do with regards fitness to get back into it.

“He has been around training and that. His level at the moment is probably seconds or thirds. If we can get his fitness up to the necessary levels, he can add a huge amount.

“Even having him in around the squad and the lads being able to scrummage against him in training is experience you cannot buy.

”f you are trying to recreate match situations for our lads in training, Mushy is your man, so it is great to have him.

“Tony’s move back to us has a lot to do with work. he knew he would be up here in Limerick a lot and he obviously still has a gra for Shannon as well.

“We will see how it goes. We are excited by it. It is about drawing from his experiences as well rather than necessarily playing on the pitch.

“He could end up playing at All-Ireland League level with us this season. We will see how it goes with his work commitments. We want competition for places in the squad.”

Shannon, who eased into the quarter-finals of this season’s Munster Senior Cup with an impressive win over Sunday’s Well last weekend, kick-off their Ulster Bank League Division 1B campaign at home to Ballymena on Saturday.