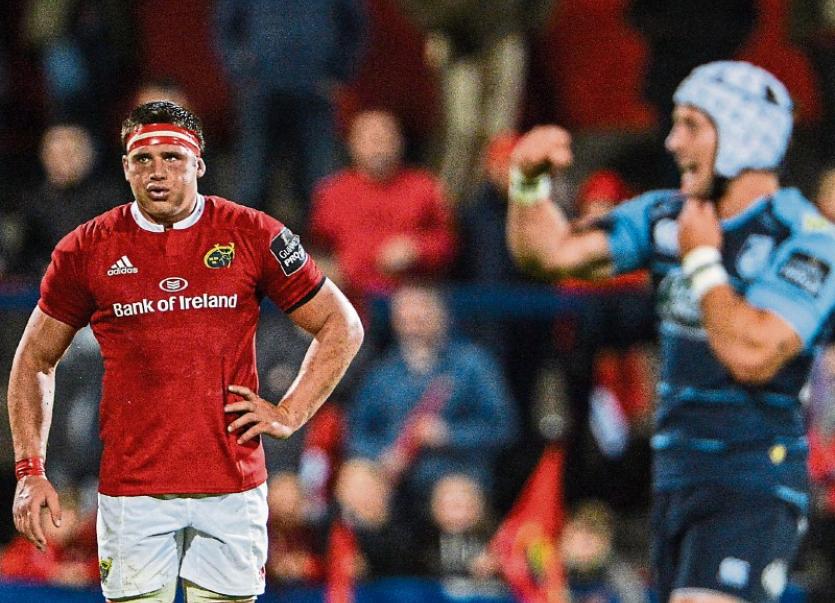 A 69th  minute try from full-back Dan Fish proved crucial in the Blues success as the Welsh region inflicted just a second defeat on Munster in 15 fixtures in Cork.

Munster’s sense of frustration was heightened by the loss of Rory Scannell and Tommy O’Donnell, both to neck and head injuries respectively, and Dave Foley to an elbow injury during the course of the game.

Cardiff led 17-10 at half-time, with Munster managing one first half try through full-back Andrew Conway. Winger Tom James touched down twice for the Blues.

The introduction of internationals CJ Stander and Donnacha Ryan bolstered the Munster pack in the third quarter.

An Ian Keatley penalty, followed by a try from replacement prop Dave Kilcoyne, saw Munster lead 20-17 just past the hour mark, but an excellent team try finished by Fish was enough for the Blues to make it two wins out of two in the Pro12 this season.