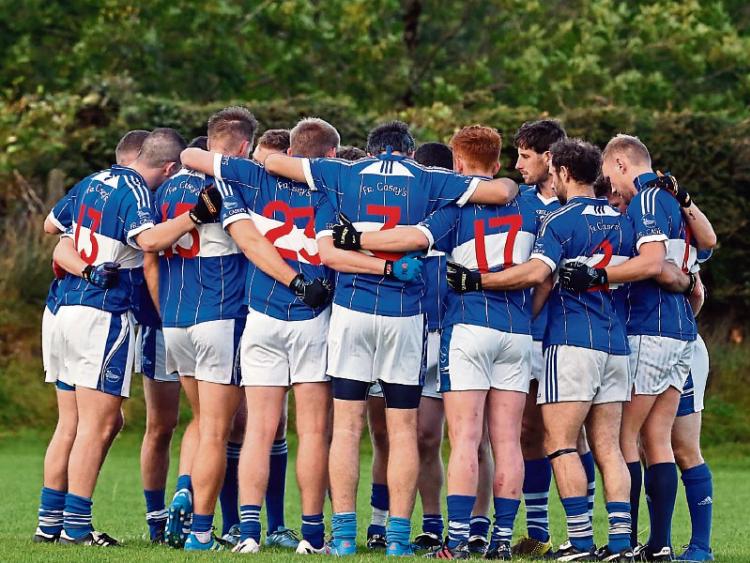 LIMERICK GAA officials have confirmed the details of the the knockout stages of the Limerick SFC.

The eagerly awaited repeat of the 2015 Limerick SFC between champions Newcastle West and Dromcollogher-Broadford takes place under lights on Friday September 16 at 7.30. Na Piarsaigh await the winners in the semi final.

The second semi final, between Fr Caseys and St Patricks, takes place the following evening with a 5.30 start. Monaleen await the winner of this tie in the semi finals.

Elsewhere in the Limerick SFC the relegation play-off takes place on Thursday September 15 at 7.30. Attempting the avoid the drop to the intermediate ranks are 2014 champions Ballylanders and Pallasgreen.

In the Limerick IFC there are also two quarter finals in the latest fixture list from Limerick GAA.

Claughaun  and Adare meet on Saturday September 17 in Clarina at 5.00, while on Wednesday September 21, Galbally face Castlemahon in Kilbreedy at 7.30. Mungret and St Senans await the winners in the semi finals.

In the relegation play-off in the Limerick IFC Bruff and Cappagh meet on Saturday September 17 at 5.00 in Ballyagran.

Meanwhile on the hurling front, the Limerick SHC quarter finals have been confirmed for a double-header in the Gaelic Grounds on Sunday September 25.

The final round of the Limerick Premier IHC will see all four games played at 12.30 on Sunday September 18 – the day of the All Ireland SFC final between Dublin and Mayo.

The long awaited Limerick Premier U-21 hurling final is now down for decision on Saturday September 17 at 3.00 in Bruff with five-in-a-row chasing Na Piarsaigh playing Doon.