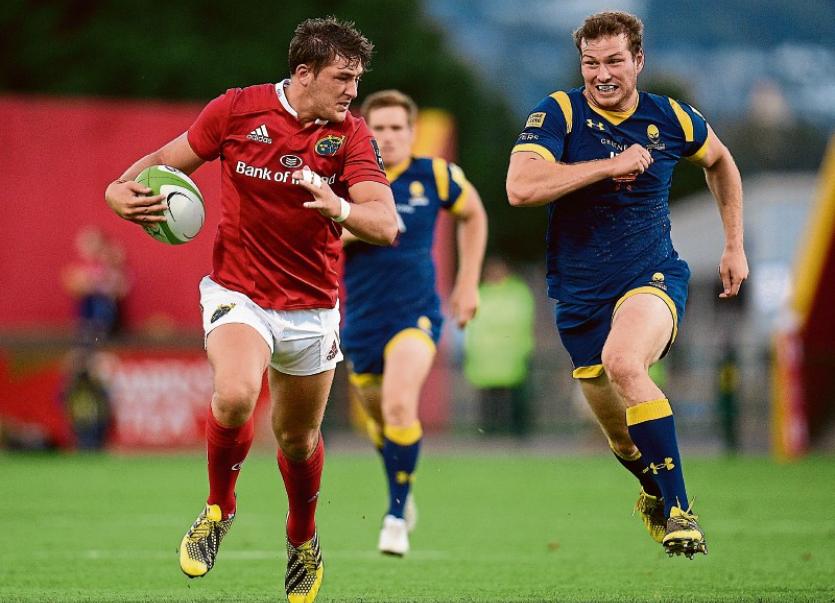 MUNSTER Director of Rugby Rassie Erasmsus was impressed by Limerick man Dan Goggin’s competitive debut in the province’s excellent away win over the Scarlets last weekend.

Erasmus’ reign as the province’s first Director of Rugby began brightly as Munster scored a first victory over the Scarlets at Parc y Scarlets for five seasons.

Munster face Cardiff Blues in their second Guinness PRO12 fixture of the season at Musgrave Park on Friday night, 7.35pm.

Erasmus said: "Sometimes the circumstances puts us in a position to give young guys an opportunity and I think we should stick our neck out more even if the situation doesn’t pressure you into that and start backing the young guys.

“But I think over the long run in a year’s time we will have a squad that is really experienced, if you can call it that, with pressure situations.

“I think he (Dan Goggin) handled it well. He certainly played against good players under difficult slippery conditions and it was against a team that attacked a lot.

“He showed good stuff kicking with his left foot, with his right foot, making good hits, taking them on. Obviously he knows and we all know that there is a lot of work to be done but it is a start. It was a good start for him.”

Munster are set to welcome number eight CJ Stander back into their squad for Friday’s second round tie with the Blues.

Simon Zebo and Kevin O'Byrne have emerged as Munster’s only injury concerns after the weekend win in Wales. Zebo and O'Byrne underwent scans this week scans to assess the full extent of their respective rib and elbow complaints.

After undergoing a scan for a neck injury last week, prop Stephen Archer will continue to be monitored my medial staff for the next two to three weeks.

The Munster squad trained in the new High Performance Centre at UL for the first time on Monday.