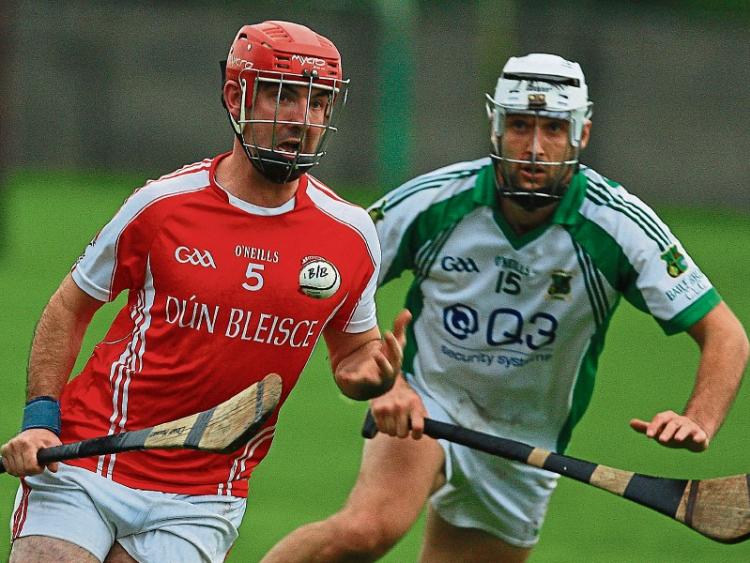 THE line-up for the knockout stages of the Limerick SHC will be confirmed this weekend.

While five of the six places are confirmed the details of the quarter final pairings and the semi final teams are to be finalised.

Relegation issues will also occupy the minds of some clubs ahead of the six games this Saturday and Sunday.

There is one game on Saturday – the meeting of South Liberties and Bruree in Bruff at 4.00. This is a straight shootout to see who is relegated to the Premier IHC. Neither side have won a game after four rounds of action. Bruree are in their first season back in the top flight after winning the Premier IHC last season.

Fresh from his return of 11-points in Croke Park with the Limerick minors, Brian Ryan will be a key figure for South Liberties, who are coached by former Tipperary All Ireland winning captain Tommy Dunne.

There are five games on Sunday. Group Two will be finalised at 2.00 with three games.

Adare are the only side left in the championship with a 100% record and are already guaranteed a semi final spot. Opponents Bruff can still sneak into the quarter finals but will rely on the result of the Ahane-Knockainey game. Bruff will need to win or indeed draw against Adare but even then could miss out.

Ahane know that their progress into the quarter finals is very much in their own hands and beating Knockainey will see them advance. But Knockainey are battled relegation and need a win or a draw to overtake Murroe-Boher at the foot of the table.

Murroe-Boher will also seek to get a positive result to hold off Knockainey. Murroe-Boher face Patrickswell, who are all but guaranteed a quarter final but will want to win to finish second.

In Group One, Ballybrown, Kilmallock and Doon are already confirmed to progress but the finished order is up for grabs with all three as potential semi finalists.

Kilmallock play Doon in the Gaelic Grounds, while across town, Ballybrown play Na Piarsaigh in Claughaun.

Ballybrown are the one side will matters in their own hands, knowing that a win over Na Piarsaigh guarantees a semi final. The game will mark the end of the campaign for All Ireland champions Na Piarsaigh.