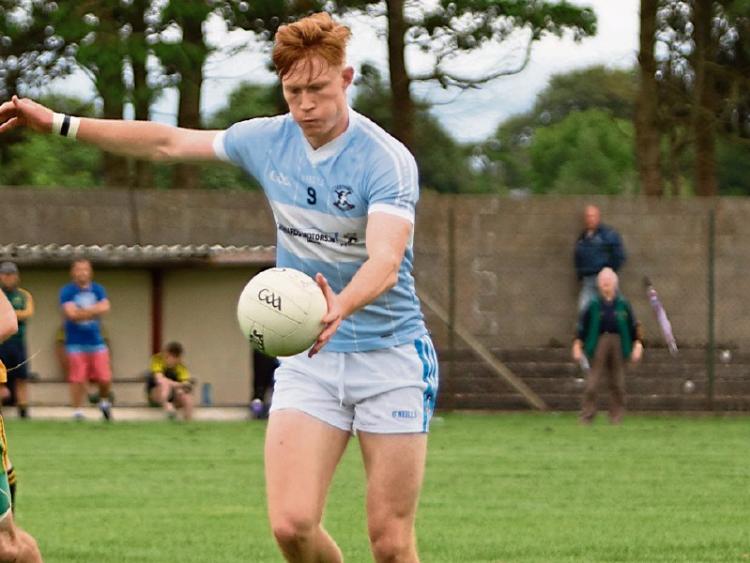 JUST weeks after they were dethroned as All Ireland club hurling champions, Na Piarsaigh have booked their place in the semi finals of the Limerick football championship.

This Friday evening’s final round of group games confirmed the Caherdavin men to finish in top spot in Group One and thus move directly in the semi final.

They will be joined in the knockout stages by St Patricks and Dromcollogher-Broadford, who will play two sides from Group Two in quarter final ties.

Na Piarsaigh and St Patricks played out a 0-12 to 1-9 draw in Claughaun and it was scoring difference that determined a top of the table finish for the men in light blue.

A Keelan Stephenson goal had St Patricks 1-6 to 0-7 ahead at half time but with the breeze in the second half Na Piarsaigh did enough to secure the necessary draw. Kieran Daly looked to have won it for Na Piarsaigh until a late free from Brian Bennett.

With St Patricks finishing second in the group, it was left to Drom-Broadford to snatch a third place finish.

A Ray Lynch goal after 49 minutes set them on their way.

Oola’s Josh Ryan missed penalty after 40 minutes when Drom-Broadford were 0-11 to 0-6 ahead.

For Drom-Broadford it maintains their record of reaching every knockout phase of the Limerick SFC since they were promoted – 17 successive seasons now.

St Kierans and Oola were the sides to loose out on progression. Oola lost to Drom-Broadford.

St Kierans were 0-8 to 0-7 ahead at half time and then 0-16 to 1-11 ahead with five minutes to play. But three late points from Kieran O’Callaghan (2) and Dave McCarthy sealed the win for Ballylanders, who were already confirmed to play Pallasgreen in the relegation play-off.