How Munster's Guinness Pro12 rivals are shaping up 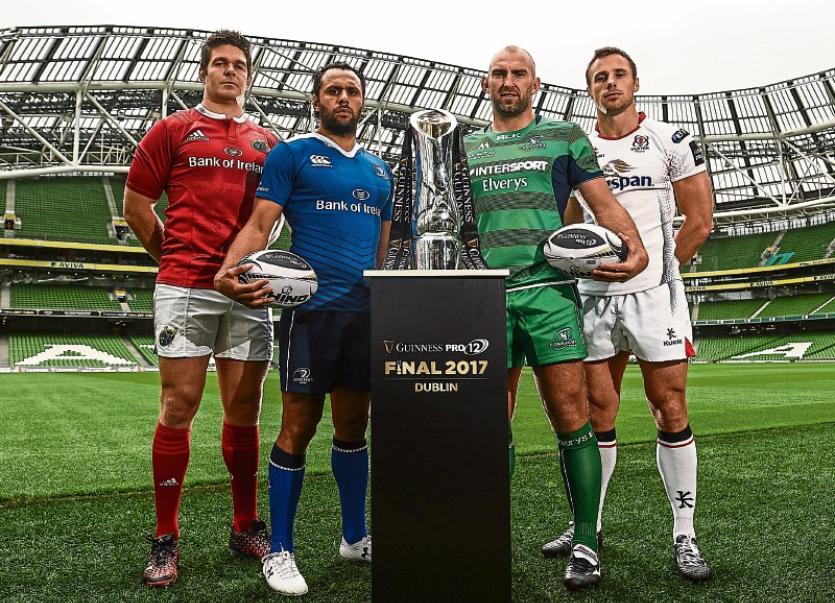 Last season’s beaten finalists are best-placed of the Irish provinces to claim the Guinness Pro12 title this season, according to the bookies at least.

Their Limerick scrum-half Eoin Reddan has retired which is a blow, while Ben Te'o and Ian Madigan have also departed.

Robbie Henshaw and Jamison Gibson-Park are quality signings for Leo Cullen's side, while former Munster second-row Ian Nagle will also play his rugby at the RDS this season.

GREGOR Townsend has been replaced as head coach at 2015 Guinness Pro12 champions by Dave Rennie from the Chiefs.

The loss of the hugely exciting Leone Nakarawa to Munster’s Champions Cup rivals Racing 92 is a big blow to Glasgow’s hopes.

Jonny Gray and Henry Pyrgos will share the role of captaining the Warriors for the upcoming campaign.

After a series of issues with the pitch at Scotstoun, which included the cancellation of four fixtures last season, Glasgow have installed an artificial surface in the off-season.

The fast-nature of the top surface, also used by Cardiff, Newcastle and Saracens, will lend itself to Glasgow's high-tempo style.

The arrival of the flying New Zealander Charles Piutau during the summer months if a major coup for Ulster.

The utility back showed just what he is capable of during his spell with Wasps last season.

Springboks flanker Marcell Coetzee will be another valuable addition to the Ulster squad once he recovers from injury. Former Munster number right Nick Williams is the most notable departure.

Ulster finished fourth last season, losing out at the semi-final stag to Leinster in Dublin

The Scarlets back division is well stocked for the season, with Jonathan Davies, Rhys Patchell and Johnny McNicholl joining up with the likes of Liam Williams, Gareth Davies and DTH van der Merwe at the club.

Munster fans will get to see the division at close hands in Saturday’s season opener at Parc y Scarlets.

Young Leinster lock Tadhg Beirne will also be plying his trade with the Welsh region this season. Look well-placed to make the play-offs.

THE champions had never finished in the top six prior to their historic success of last season.

Connacht will be without some of their biggest names next season thanks to the departure of Robbie Henshaw, Rodney Ah You, Aly Muldowney and AJ MacGinty.

Pat Lam’s charges are boosted by the signing of South African fly-half Marnitz Boshoff and full-back Cian Kelleher from Leinster.

Welsh lock Bradley Davies returns from Wasps, while Crusaders' star Kieron Fonotia is another marquee signing at the Liberty Stadium.

With Davies and Alun Wyn-Jones as their likely second-row pairing and the likes of Tipuric and Lydiate in the back-row the Ospreys should clip a few wings.

Edinburgh boosted their options at out-half with the signing of Duncan Weir from Glasgow during the summer. Jason Tovey has had his loan move from the Dragons last season made permanent. The pair will be joined by exciting Tongan international back-row Viliami Fihaki.

Expect the atmosphere at Edinburgh games to improve significantly with the switch from Murrayfield to Wastonians in the New Year.

The signing of the fleet-footed Willis Halaholo from Super Rugby champions the Hurricanes will add an extra attacking edge.

The Blues will also have former Munster and Ulster number eight Nick Williams in their back-row.

Losing 23-year-old Rhys Patchell to the Scarlets is a blow, however.

Finished seventh last season, but look to have assembled a squad capable of challening for the play-offs.

The Dragons have been dealt a major blow this summer with the departure of their Welsh international number eight Taulupe Faletau to Bath.

The Dragons have brought in three new props from Cardiff, while Nick Macleod makes the switch from Sale to replace Jason Tovey.

The Dragons pre-season form has been patchy. Will do well to repeat last season’s 10th place finish.

Since pipping their fellow countrymen Treviso to Champions Cup qualification at the end of last season, Zebre have made some smart signings including Josh Furno, from Newcastle, and Carlo Festuccia, from Wasps, among a host of players with Super Rugby experience.

However, despite the new additions, their pre-season display against Munster will have disappointed the Parma-based side. Crucially Zebre have parted company with the experienced duo of Marco Bortolami and Mirco Bergamasco.

It was a season to forget for Treviso, winning just three of their 22 PRO12 matches to finish bottom of the table.

Unsurprisingly, Kieran Crowley has moved to bolster the squad, including signing Fijian flyer Michael Tagicakibau from the Scarlets and Marty Banks from the Highlanders.