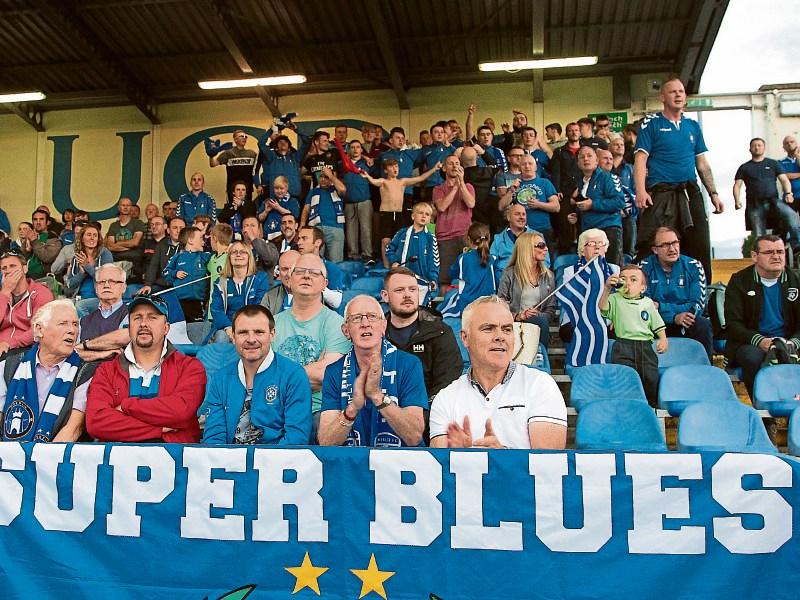 Redemption. Even the thought of it can drive a man crazy. Some acts of redemption are immediate and powerful. Others are slow-burners. Either way, there's a point where the redeemer looks upon their past and doesn't feel the weight of their failings anymore. Upon referee Andrew Mullally's final whistle in UCD last Sunday - redemption.

As I walked out of Finn Park last November after the playoff loss to Finn Harps, I saw Shane Tracy in tears. I saw Shaun Kelly struggling to speak.

As I went into the dressing room, Martin Russell had his head against the wall in despair. Three broken men on the night. Whatever about Russell, the other two have been the cornerstones of this Limerick side for the last half decade.

The important thing to note, was that the others felt it too. Call it shame, pride or whatever you want - an agreement was made in the coming weeks between players, the board and the management that there would be redemption for this.

Dean Clarke - perhaps too young and talented to stick a year in the First Division - opted to move home. Ian Turner - a huge Cork fan - took the logical step. Vinny Faherty's now the second top scorer in the Premier Division. All of these players justified. But for those who remained - Sunday was for them.

Turbulence is the common factor in almost every single Limerick pre-season. Last year, there was none. This year, hopefully the same. It goes to show - there's enough reason for any player in the country to come to Limerick.  Large home gates, a very impressive away following, a decent budget and a pitch fit for Messi and co. I spoke to Martin Russell and Pat O'Sullivan after the Belfield heroics.

O’Sullivan was 100 per cent adamant that Russell was the man for him going forward. There would be no Pat Scully repeat - when he was replaced after guiding Limerick into the Premier Division in 2012 - at least as far as he was concerned.

Russell  was modest as always, but did add that you never know what could happen in football. He sounded less convinced. There are Dublin-based jobs to be had this winter, I believe. Let's sit on that one for now.

BJ Banda’s late goal for Finn Harps left a mark on these players. They grew up. They dig in now.

Despite the brand of football, they compete. So long a soft touch in Ireland, Limerick Football Club have a nucleus of players that have the bit between their teeth. I try not to get too connected to any set of players. It's a business behind it all. On Sunday, I was happy for them.

Nearly 500 Limerick fans were in Ballybofey. Two hundred went to Derry on a Monday night for the EA Sports Cup semi-final. Limerick brought over 300 to Pat's last week.  At least 200 more went to Belfield on a Sunday night. The fans haven't gone away either. They've been there through everything. It's been plain sailing for them, by and large - but a Cup final in Garryowen is what both them and the players deserve.

Martin Russell is an unspoken hero in this too. Largely because he never wants credit. It affected him. He'd just not like to admit it. He deserves the credit. September 17 will be quite the occasion.

They go into the game as league champions. It's their reward for a very tough ten months.