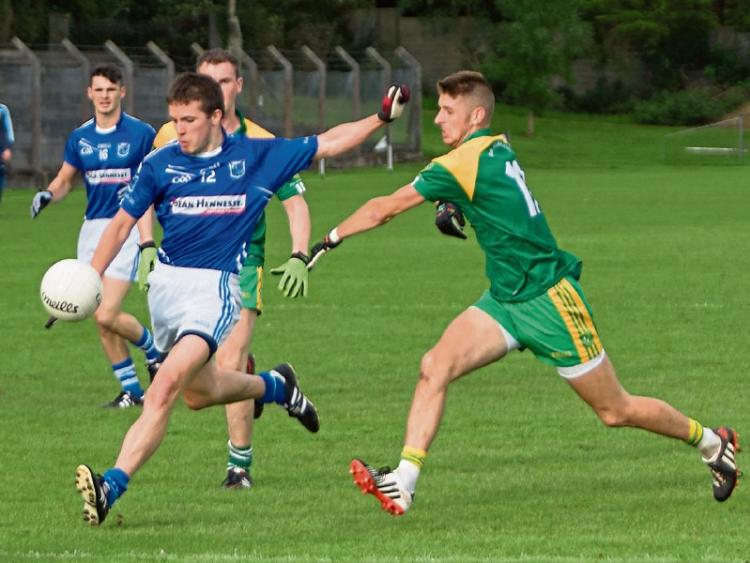 EIGHT GAA clubs battle for the five remaining places in the knockout stages of the Limerick SFC this weekend.

Friday September 2 at 6.30 in Claughaun

THE winner of this city derby is guaranteed a semi final spot as the group winner.

But the losing side will be looking over their shoulder at other results to determine if they advance to the quarter finals.

If either side finish in a three way tie, scoring difference will count and all is very tight between the top four teams.

Friday September 2 at 6.30 in Ballingarry

Champions two years ago Ballylanders will be involved in the relegation final against Ballysteen or Pallasgreen.

Opponents St Kierans know that they must win if they are to harbour ambitions of a quarter final spot.

The men in green and gold know that as well as their own win, results elsewhere could determine their progress.

Since winning the Limerick intermediate title back in 1999 Dromcollogher-Broadford have been the kingpins of club football with seven titles and three other final appearances.

They now are fighting for survival in the 2016 championship and know nothing but a win and favourable results elsewhere will continue their presence in the knockout stages.

In their first year back senior Oola need to win, or maybe even a draw, to move into the last six.

Saturday September 3 at 6.30 in Bruff

This game will have a big say on the final standings in this group.

Undefeated Monaleen are confirmed to advance but a win or draw will secure top spot and a semi final. Indeed even defeat could see them finish on top.

For Rathkeale only a win will see them get into the mix and then they can look at the Fr Caseys v Newcastle West result.

Monaleen had Shane Cusack and Jack Hoare substituted with injuries last weekend, while Rathkeale had Eoghan O’Connor and Damien Quaid forced off injured in their loss to Ballysteen.

Saturday September 3 at 6.30 in Tournafulla

If Rathkeale fail to beat Monaleen, both these sides will advance regardless of the result but both will be anxious to keep matters in their own hands.

As it stands the clubs have the same points tally but the Abbeyfeale men have a better scoring difference.

A draw between Newcastle West and Fr Caseys will put both through regardless of the Rathkeale result.

Thursday September 1 at 6.30 in Mungret

This is pretty much a straight shootout to decide who play Ballylanders in the relegation play-off.

But Ballysteen need to win to avoid finishing bottom. A draw will be sufficient for Pallasgreen to avoid the play-off to drop to the intermediate grade.