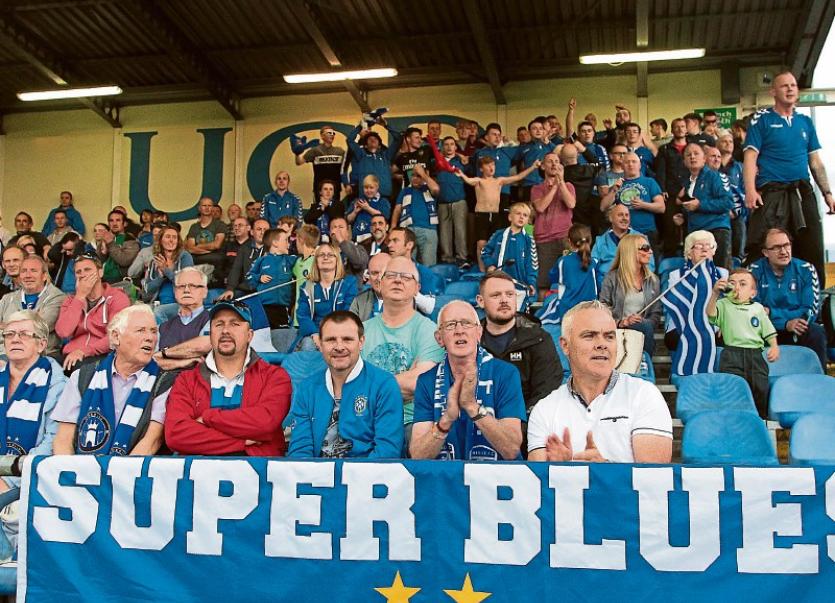 CHAMPIONS Limerick FC can expect a rousing reception from their own fans this Saturday when the Blues host Waterford United in the SSE Airtricity League First Division.

Limerick FC will look to take another step towards achieving an unbeaten league season when locking horns with their Munster rivals at the Markets Field on Saturday, 6.30pm.

Limerick remain unbeaten in the league this season with six games to go. Martin Russell’s charges have won 20 and drawn two of their fixtures to date.

Following Saturday’s clash with Waterford, Limerick have two further remaining home fixtures against Athlone Town on Saturday, September 17 and Drogheda United on Saturday, October 8, their final home game of the season and the likely date on which the club will be presented with the First Division trophy.

While the Blues will be anxious to complete their First Division season unbeaten, Russell’s charges also have a glamour EA Sports Cup final fixture against St Patrick’s Athletic at the Markets Field to look forward to on Saturday, September 17.

The final will be televised live by eirSport.