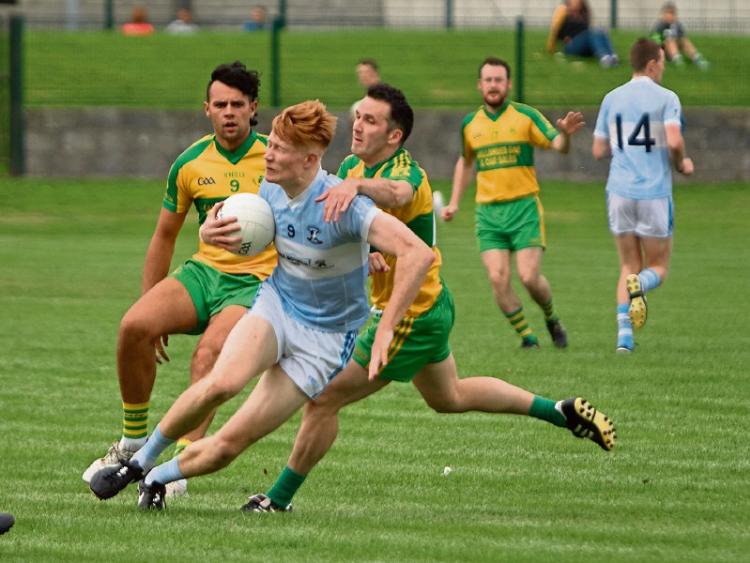 THE first of the teams into the knockout stages of the Irish Wire Products Limerick SFC can be confirmed this weekend.

Six games take place in round four of the group stages and while there are no 100% records left in the championship Fr Caseys, Monaleen and St Kierans are all unbeaten.

The final round of group games takes place the following weekend – September 1-3.

2014 county champions Ballylanders need some sort of positive result in this game or they will confirm their place in the relegation final.

No win in three starts for the south Limerick men and while they won the inaugural Rathkeale GAA run 7-a-side competition since the last round, they have failed to score a goal in the Limerick SFC with just 0-21.

Oola know another win will put them into contention for a quarter final spot.

The winner here moves into position to advance to the next stage while the losing side will have much work to do in the final round.

St Patricks beat Oola last time round, despite the absence of Gearoid Hegarty and Eoin Hanrahan.

Drom-Broadford had to battle back to draw with St Kierans and will again be without injured Seanie Buckley, while Cillian Fahy also missed that game due to injury.

Na Piarsaigh went within touching distance of the knockout stages last season and will know that victory here will help efforts to move one step further this season.

They can only be helped by the elimination of their hurlers but meet a St Kierans side yet to taste defeat in the Limerick SFC.

The Ardagh men could be without Sean McSweeney which would remove a major attacking threat.

Ballysteen need a win from the final two games if they are to avoid the relegation final.

Opponents Rathkeale must build on the momentum of beating champions Newcastle West in the previous round. Their junior hurlers made their West JAHC exit last weekend and football victory here can set up a shot at a knockout spot in the final round.

Both suffered defeat in the previous round and champions Newcastle West know that another defeat could signal the end to their title defence.

Both were missing players last time out and a return to full compliments could be the key.

Newcastle West will look at the statistics that show a return of jusy 1-27 in three games so far, which has resulted in one win, one draw and one defeat.

The winner here moves into the knockout stages and indeed puts on foot in the semi finals.

Both have two wins and one draw and were winners last time out.

With nothing easy for either in the final round, victory here will ease pressure.