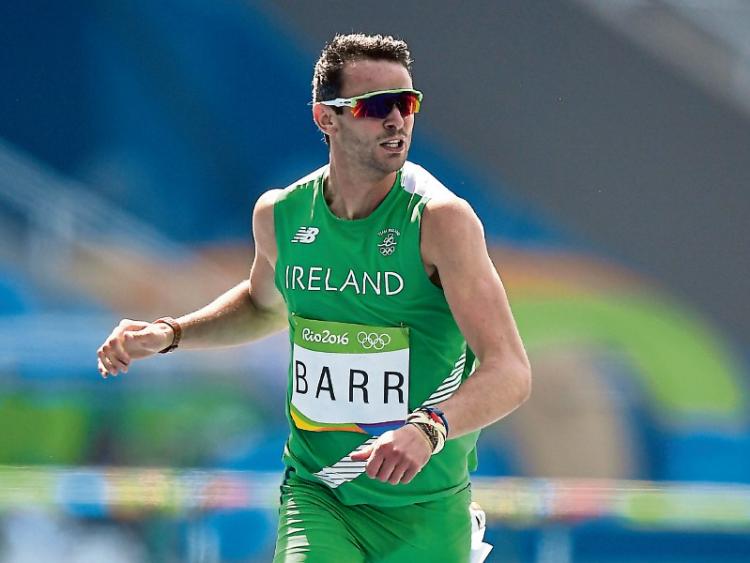 Thomas Barr crosses the line during round 1 of the Men's 400m Hurdles in the Olympic Stadium Picture: Brendan Moran/Sportsfile

UL student Thomas Barr has become the first Irish athlete for 84 years to reach the semi-finals of the 400m hurdles at an Olympic Games.

Barr also ran over a second faster than his season best, clocking a highly impressive 48.93 seconds to finish second in his heat behind the Japanese national champion Keisuke Nozawa who won the heat in 48.62.

In reaching Wednesday morning’s semi-final Waterford native Barr became the first Irish athlete to do so since Bob Tisdall back in 1932.

Twenty four-year-old MSc Sports Performance student Barr was also Ireland’s Athlete of the Year in 2015. He won gold in the World University Games and narrowly missed out on a place in the final of the World Champions in Beijing.

Thomas Barr will compete in the third of the 400m hurdles semi-finals at 1.49am Irish time this Wednesday morning.

The first two athletes home in each semi-final will qualify automatically for the Olympic final along with the next two fastest non-automatic qualifiers.