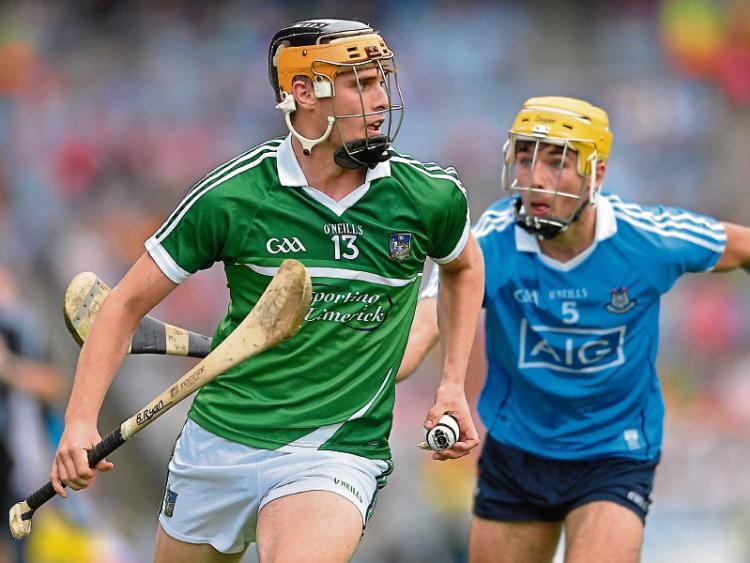 THE arena that is Croke Park is to me all the more special when I see the green and white of Limerick adorn this famous stadium.

Last Sunday the minor hurlers secured their place in the All Ireland final when they had the better of Dublin. I think most people expected more from Dublin but overall they were poor on the day and Limerick took full advantage of it.

I would say despite that Limerick did play better than I have seen them play all year, they expressed themselves more and showed more confidence. I think the open spaces suited them and while they slipped somewhat in the second half they were the better team by a good bit.

They still have room for improvement but neither Galway or Tipperary would fancy meeting them in the All Ireland final. There is always an unpredictability about how lads cope at minor level and it can change from game to game and it most certainly changes in a final.

For that reason regardless of who comes through I give Limerick a great chance.

This game showed us again that some of the more experienced players are stringing performances together, players like Brian Ryan, Conor Boylan, Kyle Hayes and Conor Nicholas are playing well and by doing so they are bringing others into the game. Limerick were well ahead of Dublin from a hurling point of view. They looked better on the ball and they took the chances that came their way.

Limerick had the wind in the first half and they made good use of it, it was a strong swirling wind that always seems to be in Croke Park. It was a test of Brian Ryan’s ability because such conditions have caused trouble to many fine exponents of the game. Ryan had once again a very good day. He finished with ten points and won Man of the Match. That was the same amount he scored against Wexford in the quarter final, a good outcome because he only started taking frees for the Wexford game.

The team looked better, they approached the ball with more confidence and there was a better cut about them. They moved the ball with greater pace and they might want to focus on that a bit more as the final approaches. As a team they started well and took control of the game from an early point. Dublin were sluggish and were not allowed time on the ball.

Jerome Boylan did well at centre back, he was very well assisted by young Finn Hourigan. I gave him special mention after the Wexford game and again he was very impressive last Sunday. He has a lot of talent and while the hurling field will offer challenges in the future he is very much going in the right direction. Once again Conor Boylan showed a great appetite for hard work. He also scored two fine points. Once over the ball the Na Piarsaigh lad is hard to get the better of.

Early points settled Limerick, Kyle Hayes opened the shoulders and was always the master around the square. He hit a couple of good points and one in particular stands out as he ran down the wing at the Hogan stand side and let rip off the left. It was a fine score. Brian Ryan was razor sharp from frees but he also assisted in other scores. Indeed a free from Ryan was met by Cian Magnier Flynn first time and ended up in the net. It was a crisp score but Limerick were lucky that both the umpires, lineman and referee were asleep because he was very much in the square. Never the less on too many occasions we suffered at the hands of such calls.

The first half display by Limerick set them up and it would take a great recovery from Dublin to win this game. On three occasions Dublin trailed by ten points in the opening half and it could have been greater. Limerick had lots of the ball and had other goal chances.

Having more experience of playing in Croke Park should have stood to Dublin but it was Limerick who looked more at home. It was strange that Limerick didn’t take up the chance to go to the venue before last Sundays game but it all worked out well on the day. To Dublins credit they did offer much more in the second half. They relied too much on Colm Currie to lead the way up front but otherwise they looked tame enough.

I said some months ago that Galway as holders and Tipperary would go along way in the minor championship but after next Sunday only one will remain. Galway have thirteen of last years panel and will be hard to beat. Tipperary who were so impressive against Limerick in the Munster final will need a big performance to over come the lads from the ‘West’.

Limerick will go into the All Ireland final as underdogs which suits them just grand. They have room for improvement and the team can be stronger. They have a few weeks now to really get themselves focused for the final and that will be a time of great joy for the young lads involved. The lead up to finals are exciting and it’s important that the players take it all in now. Yes the number one focus is getting the best of themselves in training but it’s very important that they enjoy the experience.

I do think Limerick can make life difficult for who ever comes through next Sunday and for the players, management and parents the next few weeks will be ones they will never forget. All Ireland final day is very special and its great to have a Limerick team involved on the centre stage of hurling.