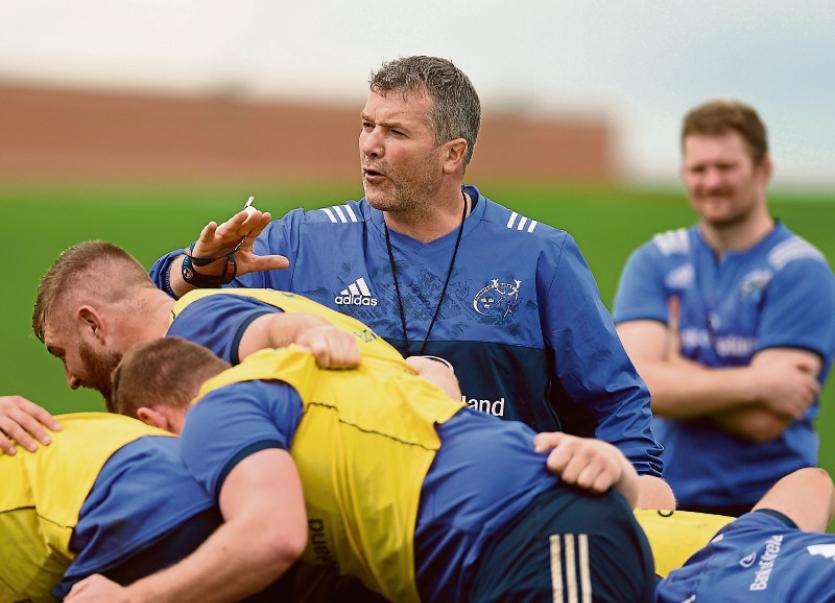 MUNSTER head coach Anthony Foley says not losing a single home fixture next season would constitute a good year for the province.

Foley’s Munster suffered four home defeats last term, three in Limerick, as the province limped out of the Champions Cup at the pool stages and failed to make the top four play-offs in the Guinness Pro12.

Asked what would constitute a good season for Munster, head coach Foley said: "Not losing any games at home.

"If you do that, there is a lot of things that can happen then. You can kick off away from home then.

“If we can get our basics right, look after our home venues, I think then you can look at where you can go from there. We are losing far too many games at home.

“One thing that I thought about when I sat down was our results in Thomond Park in the last couple of years. I know we lost to Ospreys in Cork, but the big losses were Clermont and Leicester in Europe.

“Losing those two games ultimately cost us getting out of our group. The losses to Leinster and Connacht back-to-back before Christmas, we still had opportunities later on in the season to get into the top four, those losses in Thomond Park are the things I think we can eradicate.

“From a coaching and playing point of view, we can set up differently to make sure that we don’t lose those games at home but also, I suppose there needs to be an emphasis and a focus on getting people back into Thomond Park.

Asked if he felt less pressure this season with the arrival of Munster’s new Director of Rugby, Rassie Erasmus, Foley said: “Pressure? It all depends what type of pressure it is. I think at times you lean on people a lot for sounding boards or whatever.

“Having experience around the group now, Jacques (Nienaber) (defence coach) is coming off the back of a series win (with South Africa) against Ireland and has coached at international level.

“Rassie (Erasmus) is coming off working with the South African Union. They’re coming from paces with a lot of experience and a high level of rugby.

“It’s good to have people like that in and around Munster. It’s great that they’re sharing their experiences. We’re all learning and we are all getting better.”

Foley said the arrival of Erasmus would result in tweaks around Munster’s rugby philosophy.

“I’m fully aware that you can play whatever type of rugby you want but if you’re not playing a brand that’s going to win you games and win your supporters back, it becomes a self defeating prophecy.”

Foley said his brief as head coach, this season was a short-term on.

“Look, a few of the responsibilities have changed. Rassie’s view is long-term, my view is short-term.

“My view is basically the preparation for the games that are coming up, looking at the opposition, making sure that the tactics that we’ve set out are adhered to.”

“Good. We’re getting a lot of work into the players. It’s a bigger volume of work than what they would be used to.

”Hopefully that’s good and hopefully we can get changes in behaviour and changes in performance.”

Foley, as someone who spent his entire playing career and coaching career with Munster until now travelling between Limerick and Cork for training sessions says the move to a single centre to UL should result in improved performances.

Former number eight Foley said: “It’s completely for me. The biggest change for me has probably been the one venue in UL.

”The volume of work you get done, the constant interaction – you talk to people over the phone and it’s not the same as meeting them in a room one-on-one.

“Having that and having less time on the road wasted – we’ll only see the benefits of it in performances over the next period of time but hopefully it’s a positive performance.”

Foley said: “He is progressing, he's back in full training. We need to see when we can put him in and hopefully everyone can see why we have stubbornly stuck with him because we know what he can do.

"Hopefully we can see that when he gets back out on the pitch again.

“Tyler is very positive. He speaks up in meetings, presents at meetings for a fella that hasn't played rugby in a while.

”He is passionate about what he believes in, fellas listen to him. Getting him up and going would be a massive lift to the team.”