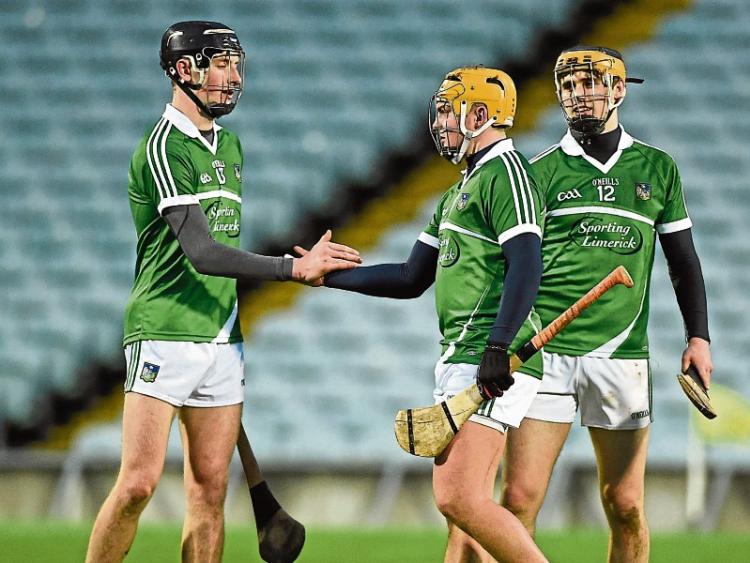 LIMERICK minor hurling manager Pat Donnelly is content that his side have accomplished one of their main goals – reaching Croke Park.

But the South Liberties man is adamant his team are now focused on reaching the September 4 All Ireland MHC final.

“We are one of just four teams left in the championship so we can have no complaints,” Limerick manager Pat Donnelly told LeaderSport ahead of Sunday’s (1.30) semi final with Dublin. The game is live on TG4.

“Getting to Croke Park is the aim of the Academy every year – it is where we need to play and to play there as often as possible. It’s a new environment for us and one we are looking forward to,” outlined the South Liberties man, who is joined by selectors Brian Foley and John Mulqueen and coaches Anthony Daly and Mikey Kiely.

“We don’t get to Croke Park too often so any time that you do it good. It’s a new experience to play in that environment but that’s where we want to be and as often as possible – we know that we need to play the ball and not the occasion,” stressed Donnelly, who himself won an All Ireland minor title as a player back in 1984.

In their attempts to reach a September 4 final against Galway or Tipperary, Limerick must topple Leinster champions Dublin.

“We met them in challenge games back in February but a lot has changed for us both since then. They are similar to us in that they will work hard and work the ball out of defence,” explained Donnelly of Sunday’s opposition.

“Croke Park is where we want to be and we are going up there with a realistic 50-50 chance. The winning team will be the one that performs on the day.”

Since beating Wexford in the quarter final, Limerick resisted the temptation to travel to Dublin to familiarise with the surrounds of Croke Park.

“Sometimes you can go up and wonder what the value was, as you may only be allowed walk around the sidelines. We will be up Sunday in plenty time and get the look around out of the way and then focus on the game,” outlined Donnelly.

“Of course we have spoken about the Croke Park factor – it’s something that you can’t ignore. Anthony Daly is the only one that really has experience of being out on the field and he has talked about the stands and all that.”

Donnelly insists that his team suffered from stage fright in the heavy Munster final loss to Tipperary and is hoping that experience will stand to his teenagers on Sunday afternoon, in a game that will be live on TG4.

“Sunday is a 50-50 game and therefore it is about whoever settles best. The lads realise what happened in the Munster final – you get what you deserve and with that in mind, its about performing. I am sure that the Munster final display will spur them on”

Limerick have beaten Clare, Waterford and Wexford and lost to Tipperary already in 2016.

“There is a step up every game you progress and the standard does up. We are in the last four now and everyone has prepared just as hard,” said Donnelly.

“We have eight months work done and I couldn’t speak highly enough of the players. They have done everything for us. And, their parents and guardians – they deserve so much credit for all the travel and sacrifices they have made.”

Limerick have used 29 players to-date in the four games and the manager has praised the commitment of all.

“Players come into form and go out of form over the course of the year. I think it shows that we look at the form of our players and tells everyone that opportunities are there to get into the team and into the panel for the match day,” explained the manager, who is in his first season at the helm after serving as a selector with Leo O’Connor last season when Limerick lost to Galway at the quarter final stage.