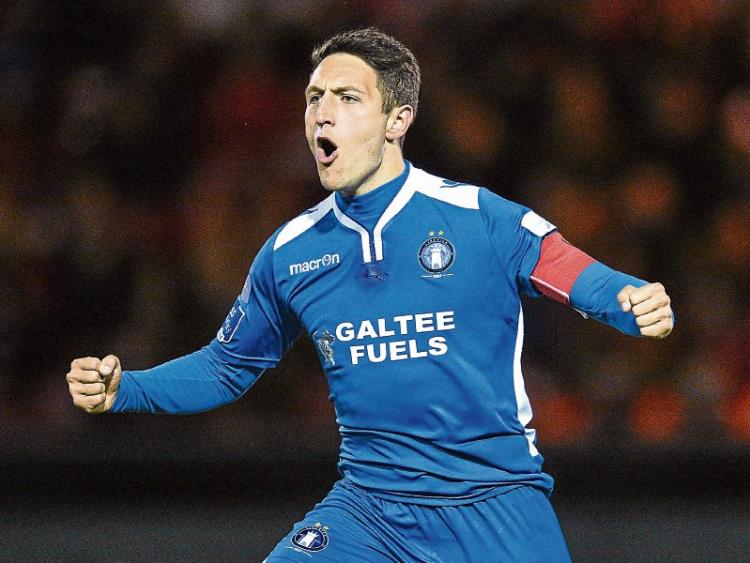 FORMER Chelsea Premier League star Michael Essien watched on as Limerick FC continued on their march to the Airtricity League First Division title with a 2-0 win over Shelbourne this Friday evening in the Markets Field.

Essien was among the attendance of 1272 as goals from Shane Duggan and Chris Mulhall made it 18 wins from 19 starts for Martin Russell’s Limerick FC.

The goals came within a five minute spell either side of half time.

Mulhall, Sean Russell, Lee J Lynch and Aaron Greene all went close to opening the scoring for the Super Blues, but it wasn’t until the 42nd minute that captain Duggan brilliantly found the net.

Within three minutes of the restart Mulhall steered to the net after a fine delivery from Russell.

Sub John O’Flynn did have the ball in the late in the final minutes but it was ruled out for off-side.

When Shels did have a good chance of pulling a goal back, Freddy Hall saved a last minute penalty.