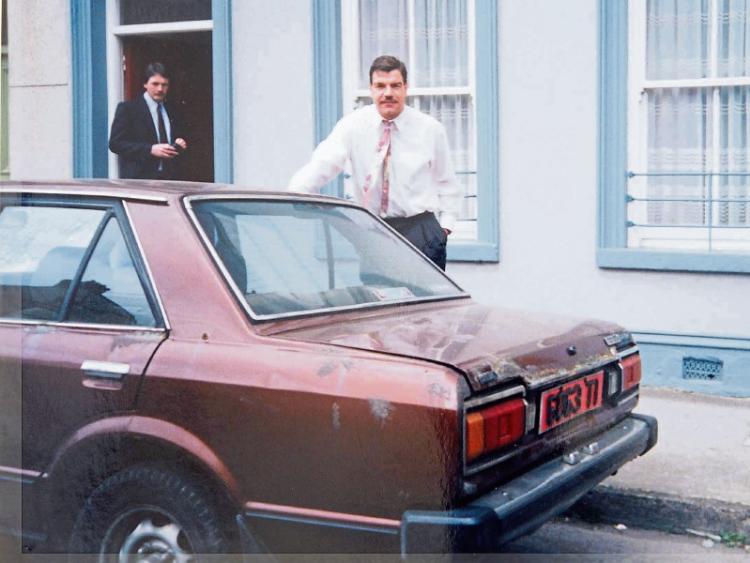 IN his 17-year-old Toyota Carina, complete with caked on rust, Sam Alladyce cut a dash in Limerick, both on and off the soccer pitch.

Allardyce had been part-time coach at Bury before First Division Limerick came calling at the start of the 1991-1992 season.

Limerick were in the market for a player-manager and they took a punt on defender Allardyce, whose previous clubs included Bolton, Millwall and Preston North End.

Allardyce's assistant manager at Limerick was local man Billy Kinnane, the former Wembley Rovers, Janesboro and Shelbourne midfielder, who had managed the club's youths team before graduating to the senior side.

Billy Kinnane said: "Kenny Clements, who played with Man City, came in as Limerick manager, and I was promoted from the club's minor side to be his assistant in 1990.

"Kenny didn't fare too well that season and he left having done less than a season. I finished the year as caretaker manager.

"Then the following year Sam arrived. The PFA would send out a list of players who had been released or whatever in England and the list went to every League of Ireland club at the time.

"Myself, Noel Hanley, who was Secretary at the time, and the Chairman Fr Joe Young, we had a look at the list. We were looking for a player-manager, someone with stature.

“We kinda recognised Sam from his playing days with Sunderland, Coventry, etc, and we decided to go with him.

"At the end of the day it was like sticking a pin in a horse race. We said we would take a chance. The rest is history.

"The bar had been burned down in Rathbane. Finances were tight. We could not even afford to pay Sam's digs, so I took him in for the last six months.

"It was a culture shock for him to come from England to the First Division in Ireland. Crowds were small, pitches weren't great, but it didn't faze him at all.

"Sam said I am here and I am going to do a job, my first managerial job. He was just a thorough professional. He had done a few courses in man management psychology and I have to say he was brilliant at psychology.

"He was very good to the players. He earned IR£170 a week off the club at the time. He used to fly back to England on a Monday morning and back to Shannon on a Wednesday morning. I would collect him from the airport. The IR£170 would have been gone.

"Sam played 23 matches that season with Limerick. He scored three goals, two headers and a volley from two yards!

"We played with a back three, three centre backs and he swpet in behind. He was good enough. He had it upstairs. He could read a game. He was 35 or 36 years of age then. The team needed guidance on the pitch.

"Some of the lads used to call him 'clean sheet' because every time he went into the dressing room it was all about a cleansheet, you don't concede. If you don't concede you can't lose. He was ahead of his time as a coach, I think.

"We had a couple of players at the time who were a bit 'iffy' in terms of their dedication. He just knew whether he should put his arm around them or give them a kick in the arse. It worked.

"We drew our first match in Dublin against St James' Gate. We lost our second and then we went on a fairly good run. We won the league 9 or 10 points.

"Fr Joe wanted him to stay once we got promoted back to the Premier Division. He got an assistant-manager's job in Preston. He lived in Preston, so it was very hard to turn down.”

Billy Kinnane has kept contact with new England manager Sam Allardyce over the years, scouting for him when he was at Bolton.

"Ten years ago, I think England made a mistake not giving him the job. In the 10 years since he has probably improved as a manager, I think. It is the perfect time for him - 61 years of age - and I think the job will suit him

"It is massive news for him. This ia a job he always wanted. He is a super coach. He was doing stuff back then and it was like rocket science to us.

"He namechecked Limerick in his first press conference as England manager. Fair play to him. He mentioned he started with Limerick and smiled because he won a trophy with the club.”