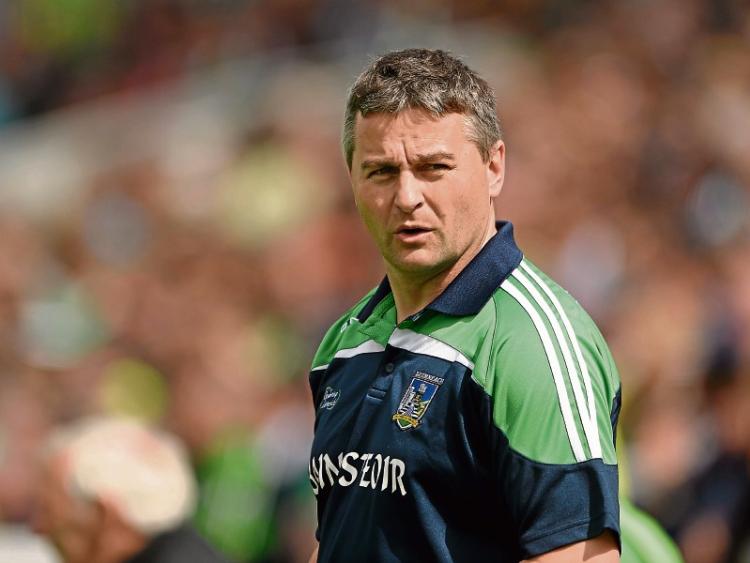 “It’s an honour. I’ve always felt that way about being involved with Limerick. I would consider Donal a friend as well as everything else. We worked together in 2011 and even over the last number of years, being involved in different projects and we met on the media side of things. I would consider my relationship and my friendship with him very good and we’re hoping that we can bring that to the table over the next couple of years.”

“After today we would be worried that we are a good bit off the pace. To meet a Division 1A team and to get well beaten is definitely a worry - we have a lot of work to do. They are used to playing week in and week out at a higher intensity and we aren’t. When you play in Division 1B some of the mistakes you make, you get away with - today was different and you get punished every time.”

“Limerick hurling co-managers TJ Ryan and Donal O’Grady sought an immediate meeting with county board officers when certain statements at a recent board meeting appeared in the press,” said the statement. One such statement informed the meeting that the co-managers ‘apologised for the abysmal’ displays during the league at a previous league review meeting. This statement was simply untrue.”

“What has happened over the last two weeks has been regrettable and untimely for Limerick hurling. I firmly believe that Donal O’Grady and I acted correctly in pursuing a retraction from county board in connection with comments concerning an apology regarding league performance. The county board have only now corrected this. We were both fully involved together in this situation and it is unfair to point the finger at Donal O’Grady, as we were not to blame for this. We both felt that arbitration was unnecessary. All that was required was a simple one-line statement.”

“When the shenanigans happened a few weeks ago the easy thing was ‘that’s the usual Limerick thing’ but in fairness to the lads they kept their powder dry and didn’t say anything and they gave me a great response and I will be forever indebted to them for that. “We have been going on about it for the last couple of weeks that we were still Munster champions and that crown is still with us and maybe people had dismissed it - even some of ye (media) here, talking about Tipp and Clare Munster finals."

"We scored 0-24. Our lads gave it everything. The first goal was going to be critical. They got it and it was a good score. They (Cork) were a little bit slicker in front of goals. At the end of the day, they slightly edged it and I have no qualms. Trying to beat Cork down here (in Páirc Uí Chaoimh) is very, very difficult."

“We looked for a performance and what we got was incredible. I've just come from a dressing room of absolute desolation.The lads are exceptionally disappointed. We gave it our all. We prepared exceptionally well. It was a savage battle. We came up against a savage team and we were a little bit unlucky at the end of the day."

“We are fully understanding it is January, but we came down to win it. The competition over the last couple of weeks has been good. We had a nice couple of wins. We probably had more recognised first-teamers than Cork tonight. We would have been expected to win and we expected to win it ourselves.”

“I am totally shocked. We will have a look at it and I’ve no more to say on it. In fairness to our guys, they worked the ball through the lines well, but it (Shane Dowling red card in the second minute) just took its toll in the second half and at critical times we had some bad wides.”

“Being beaten by 12 points, of course that is worrying - it is very disappointing. I can’t put my finger on it. Clearly we were off the pace - the intensity wasn’t there, we didn’t get the tackles in - we were just well out of it and beaten by six points in both halves. We were out thought and out fought all over the pitch and just didn’t play well enough - I don’t have my finger to put on any one thing. Any team can get beaten on any given day but it was the manner which was the disappointing thing - not performing.”

“I give huge credit to our guys, the pride and passion they showed in the jersey today was incredible, I’m delighted for them and for the backroom team. The effort, time and energy gone into planning for the game – plans A, B, C and so on – to get the win today is hugely satisfying.”

“That’s frustration - in fairness to the Limerick supporters they have been very good to me. That’s sport - you get the credit when you win and you get the blame when you lose and you have to take that on the chin. That’s passion and frustration - they want to win the same as myself.”

“Criticism is part of this job. I don’t think anybody is above or beyond criticism so long as it is fair and constructive. What I don’t like as a manager would be cheap shots which might be untrue, people who would spin a story, and we definitely have one or two individuals in Limerick who are very good at that. I don’t read newspapers because I don’t want to be influenced by them so I stay neutral. I think it affects my family more so than myself.”

“​All the new players bring great energy and learned a lot from playing with the Limerick intermediates and U-21 last year. The last couple of years have been disappointing but we just never got momentum or the bit of luck that we needed.  I think we are in a good place but we all know that this is a results based business. We will be judged by what happens on the field and that starts on Saturday evening.”

“The goal was a disgraceful decision. He took 15 steps - don’t be asking me, there is no point. The referee blew the whistle and he took 15 steps and sticks the ball in the back of the net - don’t be looking to me for the decision, ye know the score. I don’t want to sound bitter because on the day, from my point of view, there is no doubt Clare were marginally better.”

“I’m entitled to plenty of criticism now, I knew that after the last day. That second-half performance, you don’t need to be a genius to work out that that wasn’t good enough. Waterford were miles ahead of us in the second half.”

“I’ve taken it as far as I could. I’ve given it absolutely everything. I genuinely have. I will look back and have thoroughly enjoyed it. In life, looking back, most of the regrets people have is for the thing they didn’t do. I had a go.”