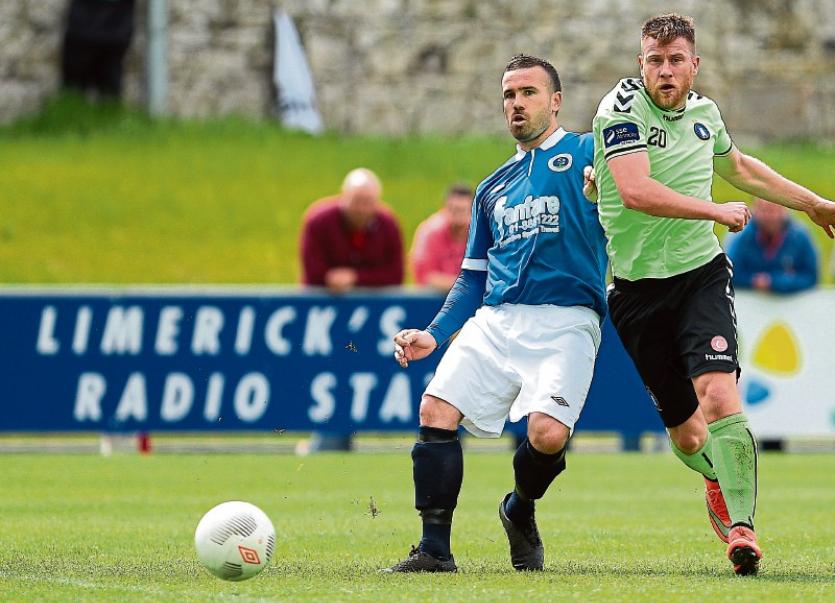 LIMERICK FC striker Chris Mulhall says his side want to go unbeaten throughout their SSE Airtricity League First Division season - and win the league as quick as they can.

They travel to Waterford this Friday and Mulhall is hoping that they can stretch that unbeaten run to 16 games.

And he reckons that the character that Limerick showed in the win over UCD, highlights that the squad is still highly motivated despite how comfortable they have been throughout this season so far.

“I’d like to think we showed everyone our hunger,” said Mulhall after the UCD game. “Maybe people are questioning us the last couple of weeks. That was the perfect opportunity if we didn’t want it and we weren’t hungry and we thought we were coasting through games. I think that answered every one’s questions that we’re still very hungry and we want to go unbeaten through this league and win the league as soon as possible.”

And Mulhall feels that Limerick aren't going to have it all their own way in the second half of the season.

“Things will go against you. But you have to rise above it and make your own luck. The easy thing to do is say ‘ah it’s not our night and we’ve gone unbeaten a long time and you’re never going to gounbeaten’. But we don’t think like that. We think we can go unbeaten.”