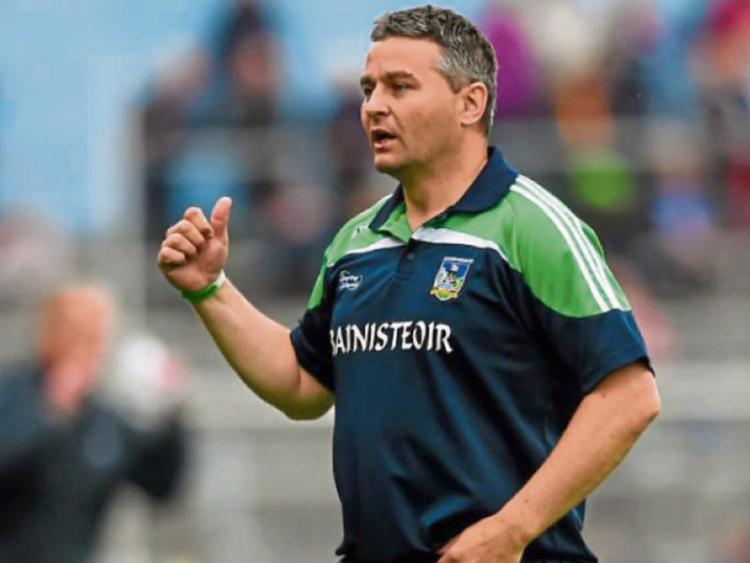 TJ RYAN is to confirm his Limerick senior hurling team on Friday night ahead of Sunday’s Munster SHC semi final.

Limerick report no major injuries and will select from a full panel, which includes 13 of last September’s All Ireland U-21 winning side.

With no competitive game since the disappointing league semi final loss to Waterford on April 17 much interest centres on the make-up of the Limerick team for Sunday’s provincial semi final, which has a 4.00 start in Semple Stadium.

The Thurles encounter is a fifth successive year that Limerick and Tipperary meet in the Munster championship and the prize on offer is a July 10 final spot against Waterford.

It is expected that Limerick will have at least four debuts in their line-up. After a league quarter final and semi final with a sweeper system, it appears Limerick’s line-up will have a more traditional look to it when selected after the panel trains this Tuesday and Thursday evenings.

Nickie Quaid enters his sixth championship as the Limerick No1 and will captain the team for the first time in the championship.

With 2015 U-21 goalkeeper David McCarthy expected to play with the Limerick intermediate team on Sunday, Barry Hennessy will be understudy to Quaid.

2013 All Star Richie McCarthy played every single minute of the seven league games but it appears is under pressure from Dan Morrissey for the full back berth.

The Ahane man has impressed in the No3 shirt in his club’s three Limerick SHC games. Last year he made his Munster SHC debut as a sub against Clare. The corner back positions look set to go to vice-captain Seamus Hickey and 2015 U-21 full back Richie English.

Tom Condon is another option, while last year’s corner back Seanie O’Brien also remains in the panel, albeit is carrying a slight knock.

Gavin O’Mahony looks set to claim the No6 shirt, holding off competition from teenage Ronan Lynch and the panel’s oldest member Wayne McNamara.

All Ireland U-21 winning captain Diarmaid Byrnes will fill one wing back slot with Paudie O’Brien and perhaps Tom Condon in contention for the other.

Paul Browne and James Ryan have been the first choice pairing in the engine room for some time and it looks set to remain that way.

Despite the retirement of Donal O’Grady, options have emerged for midfield with Darragh O’Donovan and John Fitzgibbon both battled for spots here or even at wing forward to play as a third midfielder.

Just like defence it appears 2014 All Star Shane Dowling is in a battle for a starting role.

Gearoid Hegarty waved goodbye to his dual dreams in April and looks set to make that decision count by earning a wing forward spot. It could be that he is to target Tipperary talisman Padraic Maher.

Dowling, midfield options O’Donovan and Fitzgibbon are other options here. Tom Morrissey and Cian Lynch, the only U-21s in the 2015 senior panel, look set to take two starting roles in attack, perhaps in the half forward line.

The inside line of attack will include league top scorer Declan Hannon, who could be on free-taking duties, if Dowling misses out.

All Ireland U-21 final Man of the Match Barry Nash battles with experienced duo Kevin Downes and Graeme Mulcahy for the two remaining spots in the full forward line.

More than likely positions won’t mean much with rotation the order of the day.

It appears there will be a real youth and experience mix to the substitutes bench selected by TJ Ryan, Dinny Cahill, Joe O’Connor, Davy Clarke and Don Flynn.

Given that the senior panel numbers 33, there could be at least six players released to play with the Limerick intermediates, who are managed by 2011 Munster U-21 winning manager Leo O’Connor. Tipperary also provide the opposition in the intermediate curtain-raiser, which has a 2.00 start on Sunday.

Clare await the winner in the Munster IHC on Wednesday July 6.