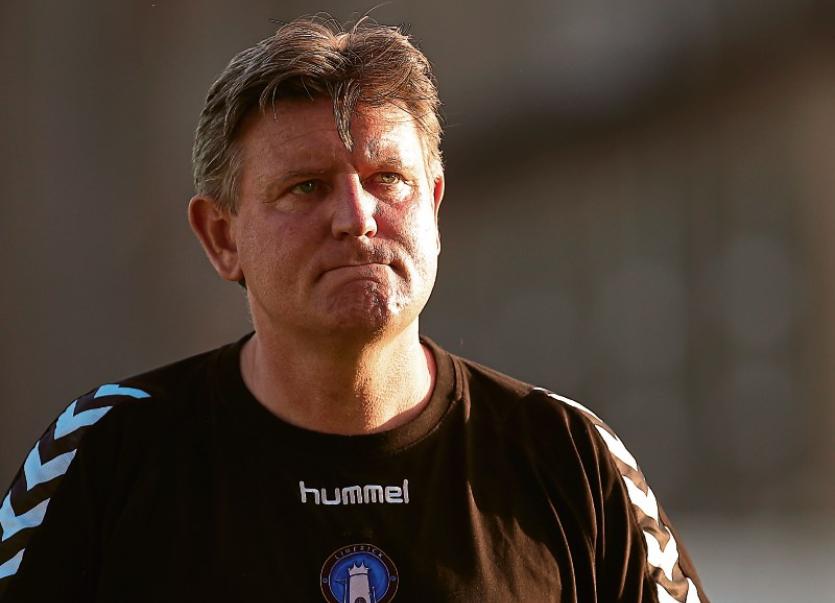 It's the mid-term break for Martin Russell's boys as they jet off to exotic locations to take their well-earned rest. It's certainly going according to plan at this point, but a lesson was well and truly learned last Saturday night against Drogheda. This week, we take a look at what pupils are excelling, exceeding expectations and just who aren't carrying their weight.

Star Pupil: John O'Flynn. While the drop in divisions was always going to aid the Cork City legend, I certainly didn't see this coming. O'Flynn has netted 18 goals for the Blues - while only playing a total of 740 minutes. In case you're wondering, that's a goal every 41 minutes. In games where Limerick look lacklustre, O'Flynn still consistently produces time and time again. He's shown that, despite his advancing years, he can still do a full 90 minutes when he needs to.

Exceeding Expectations: Chris Mulhall. I've always known Chris Mulhall as a wide player. This year, he's gone from strength to strength up front when John O'Flynn hasn't been fit. Even then, he's had cameos in behind the striker and out wide. He hasn't particularly disappointed in any game, while he's scored a handful of goals and set up a few others. A player I considered little more than an option off the bench has really come to life.

Potential Genius: Stephen Kenny. He doesn't play well every week. He's never consistently excellent in any game. What Kenny does have, is an X-factor. He knows exactly how to beat his man, his deliveries (at times) are up there with the best in the country, and every now and then he gets you on the edge of your seat. Not all wingers have this ability. It's very rare that a player can make you wonder what he'll do next - especially when you see him every single week. Kenny has the potential, with added consistency, to easily step up to the next level.

Treading Water: Freddy Hall. While Hall is certainly a calming presence for Limerick between the sticks, there's been a number of occasions this year where his lack of concentration completely costs Limerick almost-important goals. Leading comfortably in Cobh by four goals to nil, Hall went to sleep and made a huge blunder that allowed them back into the game. He coughed up a soft goal against Shelbourne as well - leaving the ball roll over his legs to level that tie. Luckily for him, Limerick scored four in the last half hour.

Teacher Verdict: Martin Russell really hasn't got to do much. He's driving a car that's on cruise control. The effort is put in on the training ground. The players execute his typical build-up, and the fact he's using entertaining football to entice the public to come and watch is admirable. The only concern going forward is that he's still leaking a goal a game on average and that probably doubles in the Premier Division should he go with the same approach. Time will tell - but as of now - Mr Russell is doing the job that's expected of him.

Class Overview: This group are far superior to anything else around them and are achieving the highest marks in a commendable fashion. It's what's expected, but you can't mark them down. The dynamic is good, and while defensive shape is still a glaring issue, that's down to philosophy rather than execution. Overall, the performance levels aren't superb, but they're enough. The mental element of getting up for games you're almost positive you'll win is taking its toll and the break came at the right time.