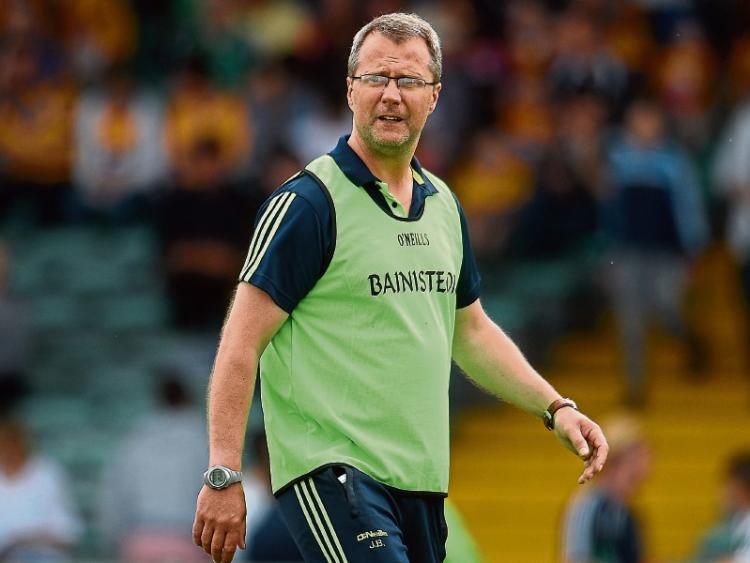 THE Limerick senior footballers have been drawn to play Antrim in round one of the All Ireland SFC Qualifiers.

This Tuesday morning’s draw means that John Brudair’s Limerick must travel away to face Antrim for the game on Saturday June 25.

Antrim’s home ground of Casement Park is currently closed for reconstruction so they played their home league games in Corrigan Park – also in Belfast.

Full confirmation of the Limerick v Antrim game and venue will come this Tuesday afternoon after a CCCC meeting in Croke Park.

The game will be a repeat of the 2014 Qualifier game between the counties, which Limerick won in the Gaelic Grounds.

Limerick are bidding to bounce back from the 0-16 to 0-13 loss to Clare in the Munster SFC quarter final in the Gaelic Grounds.

It’s now over 14-months since Limerick won a competitive game with 12 games played in the McGrath Cup, Allianz League and Championship.

Last year Limerick also lost to Clare in the Munster SFC and then lost to Tyrone in the Qualifiers.

In 2014 Limerick were beaten by Tipperary in Munster but did regroup to beat London and Antrim in the Qualifiers but then lost to Sligo.