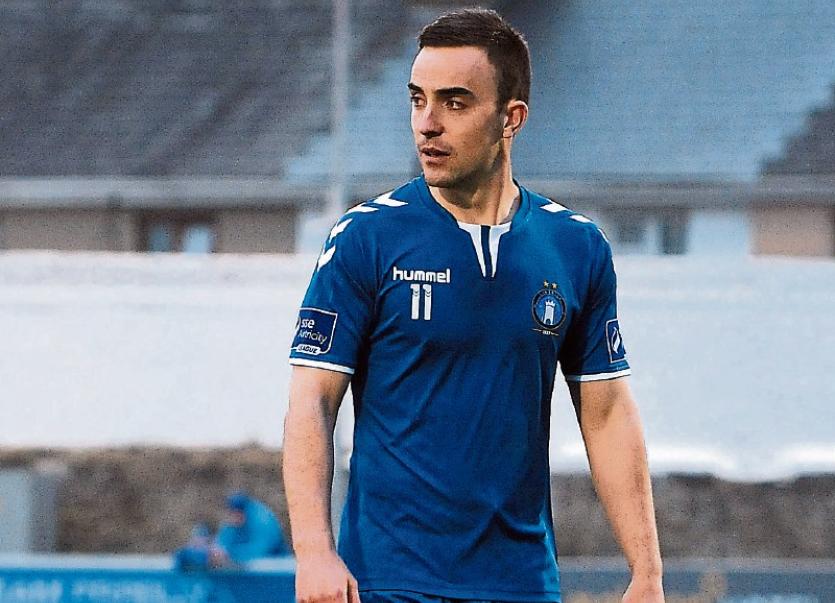 Runaway leaders Limerick looked set to taste a shock defeat before an official attendance of 1,181, only for substitute Ross Mann to pop up with a precious equaliser in stoppage time.

Limerick FC became only the second League of Ireland side to win 12 league games on the trot at Tolka Park on Sunday last. However, their hopes of bettering Bohemian’s record-breaking run of 15 wins ended with this share of the spoils.

Holland pushed away Mark Griffin's shot on seven minutes, before the teenage netminder reacted brilliant to block Aaron Ashe's follow-up with his foot.

After their slow start, Limerick settled and created a couple of half chances as the half wore on. 10: Some neat footwork from Stephen Kenny saw him glide past a couple of players. His low cross found Sean Russell, whose shot on the turn flew narrowly over.

The game was halted after 30 minutes to allow both sets of players take on water in the baking, hot conditions.

The game remained scoreless at half-time.

Martin Russell’s charges created their first chance of the second half on 52 minutes when Paul O'Conor slipped  Kenny in on the right, but his cross from the by-line was headed over by Chris Mulhall.

Three minutes later Kenny crossed for the in-form John O’Flynn. However, the striker’s glancing effort fell into the arms of a grateful Drogs’ keeper Stephen McGuinness.

Limerick did hit the front on the hour mark when Shane Tracy’s corner caused consternation in the Drogs’ penalty area and the ball squirmed beneath a host of bodies before ending up in the net.

Limerick’s lead lasted just over 15 minutes as the Drogs drew level when Sam O’Connor’s header deceived Tommy Holland before ending up in the net. It was a very soft goal to concede.

The Blues almost regained the lead six minutes from time when Drogs keeper McGuinness came rushing out of goal and missed the ball, but Mulhall missed the target from an acute angle.

Limerick appeared set to taste their first defeat of the season when Aaron Ashe netted for the Drogs in the 88th minute.

However, resilient Limerick hit back and Mann earned a precious point for the home side late on.