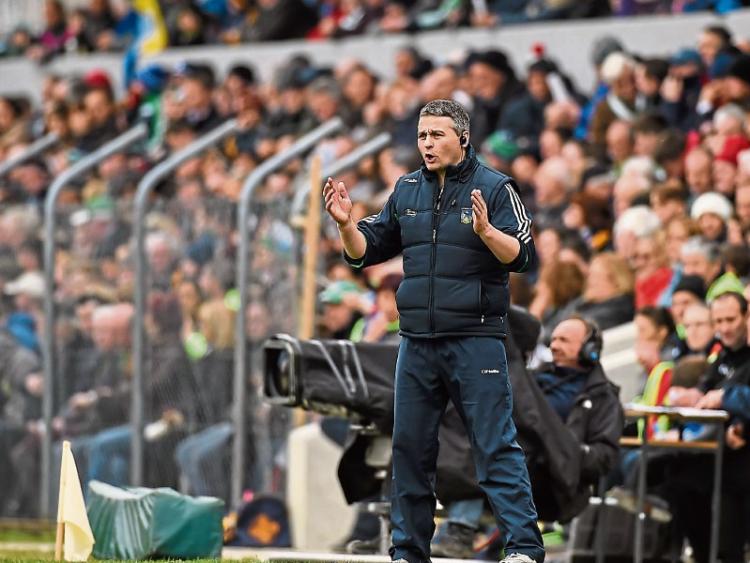 The Limerick senior hurlers now have a date. That date will see them face Tipperary in Thurles 21 days from next Sunday in the Munster hurling semi-final.

TJ Ryan sat in the Old Stand in Thurles and watched Tipperary, as expected, brush past a very disappointing Cork team. It was a horrible day for hurling but Tipperary left us in no doubt that they were always the masters against a Cork team that just never got to the pitch of the game.

We expected a cracking game but sadly the near 30,000 in attendance witnessed a one-sided affair. Conditions made it very difficult for quality hurling but that aside it was clear that Tipperary had the better stick men in nearly all positions. Wet days will identify the best hurlers and in that regard Tipperary have some of the best in the business.

For as long as I am watching Munster championship hurling this was the poorest collection of Cork hurlers that I have seen. They lacked so many qualities but above all they showed no hunger or fight and when that is the case you have little chance of winning.

That won’t be the case when Limerick go to Thurles. They will bring an honesty that Cork lacked last Sunday. They will go as so many Limerick teams in the past have done and feel they have the measure of Tipperary. Quite simply Limerick have better hurlers than Cork and for that reason I feel if they can get themselves right over the next three weeks they have a great chance.

All of the leading managers were in Thurles. Davy Fitzgerald and Donal Og Cusack were with within touching distance of Brian Cody and Mick Dempsey while TJ sat with his son Colin and Donal Morrissey. They will have seen plenty to suggest that Tipperary will be serious contenders once more. I watched the game from the sideline and sat in the Tipperary dugout.

It was interesting to see Michael Ryan now the manger. I have known him for more than 20 years. He is a class operator and anyone that will take him for granted will come up short. He made some direct and hard calls only weeks into the job and that resulted in four new talents coming to the fore in Tipperary.

From a skill point of view Tipperary have some notable players. Lads that take the ball which ever way it comes to them. It was testing in Thurles last Sunday but they made it look easy. Players like John O’Dwyer, Seamus Callanan, John McGrath and Ronan Maher were very impressive and these are men that Limerick will have to come to terms with in a few weeks time. Tipperary started with four newcomers to championship hurling against Cork and the value of that cannot be understated.

It will heat up competition for places for the Limerick match and that’s something Michael Ryan is happy about. “I am looking at these lads every night in training and lads will be picked on how they go inside in Thurles,” he said after the game. “We needed to find new talent and I am delighted with the efforts those young lads are making.”

So much was expected from Cork and the mood music suggested that they were flying in training. Sadly their form last Sunday matched what we had seen in the National League and at no point did they really trouble Tipperary. I met some Tipperary former Tipperary hurlers after the game and all had the line that Limerick are waiting in the long grass.

Whatever about the long grass TJ Ryan will have seen enough to know that he will have to bring his charges to Thurles in serious form if they are to beat Tipperary. The National League provided no crumbs for Limerick supporters to feed on but they will be hoping that the last few weeks will have seen progress in training. Limerick have a few areas of the team that need major improvement and if they have managed to iron out those problems then I feel they could pull off a huge win against Tipperary.

I was in the Tipperary dressing room after the game and chatted to a few players. It was interesting to see how down to earth this group of players are.

They are well focused. Indeed I think they are in a better place than they have been for a couple of years. Some lads in the backroom team will tell that the inclusion of new players on the panel has really freshened up the scene in Tipperary and now lads feel they have a chance of making the team.

I am sure the Limerick training sessions will take on a new life over the next couple of weeks. The focus and the quality of sessions will step up a gear now that they know who they are playing. Playing Tipperary will open the blood vessels a bit more and I expect them to have a real go at them. How Limerick plan for Tipperary is vital. They now know what to expect and the management team need to get it right between now and the game.

Tipperary were impressive in many areas last Sunday but their defence looks very assured and settled. The half backline was the launch pad of most things that they did and the quality of ball into open space had Cork in real trouble.

Limerick will need to deal with that and the winning of the game could hinge on Limerick’s half forward selection. It was a damp start to the hurling championship but sparks will fly when Limerick face Tipperary.

From where I stand we might have a chance if we have our homework done.