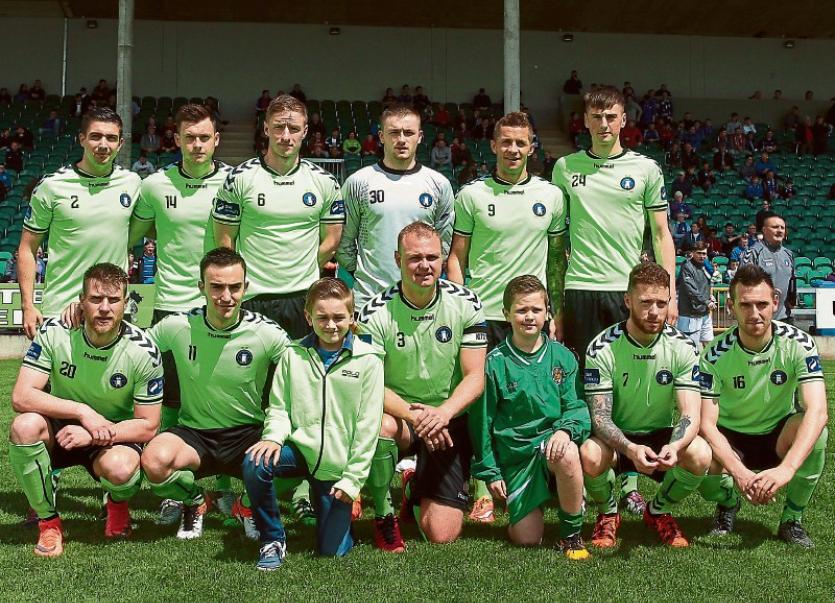 LIMERICK FC will look to cement their position at the top of the SSE Airtricity League First Division when facing Shelbourne at Tolka Park, Sunday, 3pm.

Martin Russell’s charges, who have won each of their 11 opening league fixtures, currently enjoy a sizeable 17-point lead over third-placed Shels.

Limerick boast an impressive 12-point advantage over second-placed Drogheda ahead of Sunday’s clash.

That fixture will be Limerick’s final game before the league takes a mini break for the start of the European Championships in France.

The First Division action will resume on Friday, June 24 when the Blues travel to Cabinteely.

Limerick manager Martin Russell said: “We want to keep our lead in the table as big as we can and possibly extend it if possible.

”Shels went to Dundalk on Friday night in the Cup and it was only 1-0 to the home side for a long time.

“They are not going to be a walkover by any stretch of the imagination.”

Striker John O’Flynn has been in prolific scoring form for the Blues bringing his tally for the season to 16 with a hat-trick against Bluebell in the FAI Cup on Saturday.

Russell said: “John has that experience, that quality that has seen him play at higher levels.”