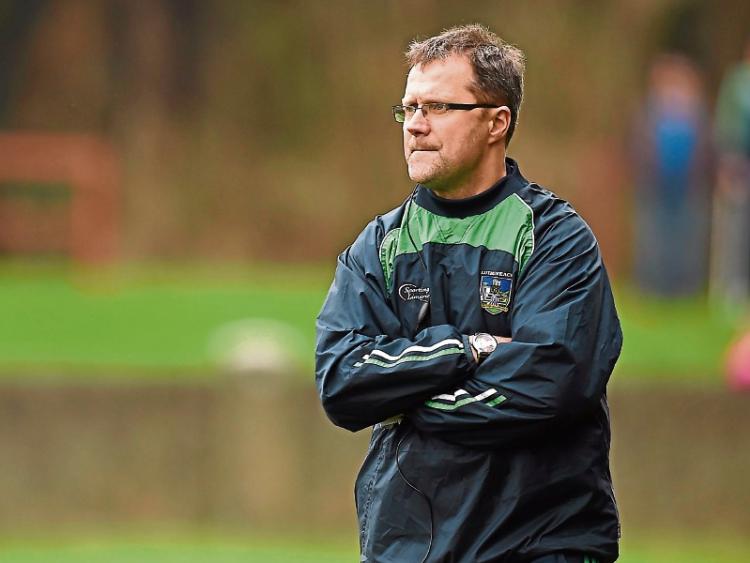 LIMERICK football manager John Brudair is hoping that “honest talk” will be the springboard to see his side move from league relegation to championship success.

Brudair’s Limerick play Clare in the Munster SFC this Sunday (2.00) in the Gaelic Grounds on the back of an Allianz League campaign that ended with six successive defeats.

Brudair accepted that there was much to work on since the end of the league in April in preparation for today’s Munster SFC quarter final.

“You have to go back and analyse what is right and wrong and try rectify that. There was a lot of honest talk about where we felt we did well and areas that left us down and we have addressed those in training for the last few weeks,” said Brudair.

”Attitude has been excellent and hopefully they have the calmness about them to execute all that we have talked about for the last few weeks,” explained the Limerick manager of Sunday.

“We are looking forward to the Clare game hugely because we had a disappointing league campaign when we were trying to blood some new players and with that there is a bit of disappointment that our performances weren’t as good as we would have liked - a few really flat performances,” recalled Brudair.

He added: “The signs are good at the moment.”

But ultimately Brudair is still moulding a new-look panel.

”They would have played championship but don’t have five or six years of championship in their legs or more so their heads. Think of the things that you would learn over five or six seasons and even more so in a team that would have other mature players to learn off. At the moment we have five or six very competent lads about the 30 age group and then after that it’s nearly everybody U-22 and that’s probably too much of a gap – we have lost a generation of footballers. We have one in the age group 25-30, who will start out field. If you go to most inter-county teams that is where they would base the majority of their team. There is a massive learning curve for the lads,” explained the Dromcollogher-Broadford man who back in the spring tasted All Ireland club camogie championship success as manager/coach with north Cork outfit Milford.

“We are hoping that the day doesn’t phase them and that they come out and play to potential – the few times that we have played to potential this year, they have been very very competitive and we are hoping for that on Sunday. To give them the encouragement to keep going and to strive to be the best you need a shot in the arm and for us that would be a victory over Clare,” said Brudair, who is currently combining Limerick football with a role in the Drom-Broadford hurling management in the Limerick IHC.

“The month of April was dedicated to the clubs and in a way it wasn’t the end of the world because it gave the lads a break away from eachother and they have come back absolutely brilliant in that there has been full attendance in training and a good attitude in terms of wanting to improve and progress this season and not leave the league be the standard for the year. A win against Clare will totally change the reflection of the season and that’s what we have to aim for,” he stressed.

”We have seen progression over the last couple of months and while you might not think it looking at the league we feel disappointed with that league but there were glimpses within those matches.”