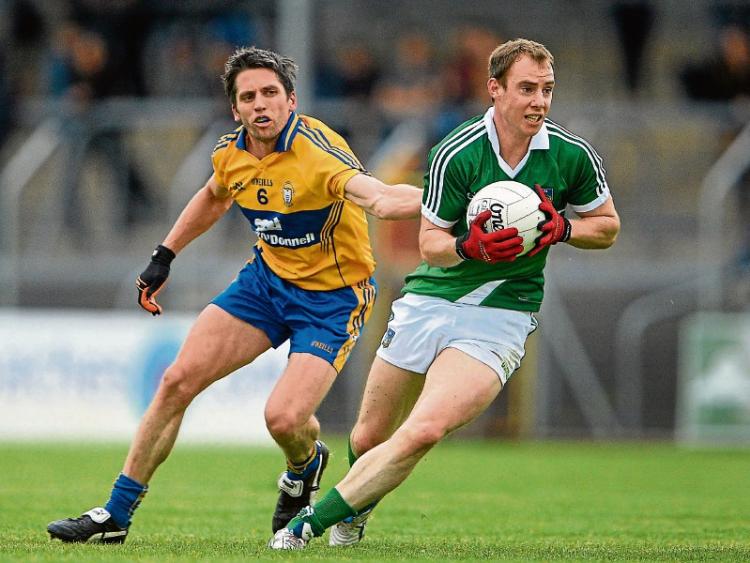 SEANIE Buckley made his Munster SFC debut in the Gaelic Grounds in 2005.

All Ireland champions Kerry were the opponents in what was Liam Kearns’ final season.

Twelve championship seasons later, Kearns, Mickey Ned O’Sullivan and Maurice Horan have all come and gone but Buckley remains. Also soldiering on under John Brudiar’s management are defensive duo Johnny McCarthy and Paudie Browne, who also played back in 2005.

A fresh faced Buckley had to force his way into a Limerick team that had contested Munster finals and played Division One league football. John Quane, Muiris Gavin, John Galvin, Stephen Lucey and others were household names, not just in Limerick but beyond.

Fast forward to 2016 and the environment is different. Limerick will play Division Four league football next Spring and are without a Munster SFC win since 2012.

“It’s a long time back to 12 years – that group of players were holding on for a very long time and a huge amount, maybe, wasn’t done to promote lads coming through. Suddenly we found ourselves in a position that they go and we are left to try and replace lads all over the place rather that it being consistent,” outlined Buckley.

The Drom-Broadford man adds: “It takes patience – it doesn’t happen over night but with the character of the fellas that have come in is very good”.

“Things haven’t gone our way in the league so far but the calibre of character that is here is very good and I think in a strange way I think, while not talking too much about the future, there is a very very committed bunch here who I can see playing for years and years. We are in a better place than we have for the last couple of years when we were trying to patch up here and there and bringing in a lad for maybe a year or two. Now I see the younger lads that have come on, as there for the long haul,” said the former captain.

The inexperience of a youthful panel was one of many factors that ultimatley saw Limerick without a win in seven league starts which ensured relegation from Division Three.

“The work is being put in and there is a good bunch of lads there but for some reason a couple of things went wrong in games and then imploded a bit. At no stage did we go out to do anything like that and we were as disappointed as anyone else,” he said of some below par league displays.

“There was a worry or anxiety hanging over us – when you lose a couple of games in the league it is very hard to turn things around because you are coming to training and the positivety isn’t there. You try to make things lively but there is a worry going into the next game,” he explained.

“We played for patches in games but as a whole we haven’t performed and that’s the first thing we want to get together.”

Limerick’s last league game was on April 3 and while there was club hurling and football championship, Munster SFC preparations have included challenge games against Wexford, Tipperary and Waterford.

“With the break and the training that we have done and the couple of games we played it is gone out of the system. Whether we went up or down in the league is almost irrelevant at this stage going in to play Clare.”

Buckley first played championship against Clare in 2006 when Limerick were 2-5 to 0-8 winners in a wet Gaelic Grounds.

Buckley, McCarthy and Browne remain from that day, while Enda Coughlan is the only Clare starter still part of their panel.

“Clare have been knocking on the door for a couple of years and have been very competitive and this year they will see as a break through year. They are probably looking at us as a team they should be beating to look onto the likes of Kerry and Cork,” said Buckley.

“Even when we were supposedly the third team in Munster for a number of years, Clare were never walkover and we struggled over them on a number of days with a kick of a ball. This time will be the same except Clare are going in as favourites but I wouldn’t think there will be a huge amount in it at the end of the day.”

But Clare are Division Three league champions on the back of a Croke Park final win over Kildare.

“We see what Clare are about and we are up against a huge challenge,” he accepts.