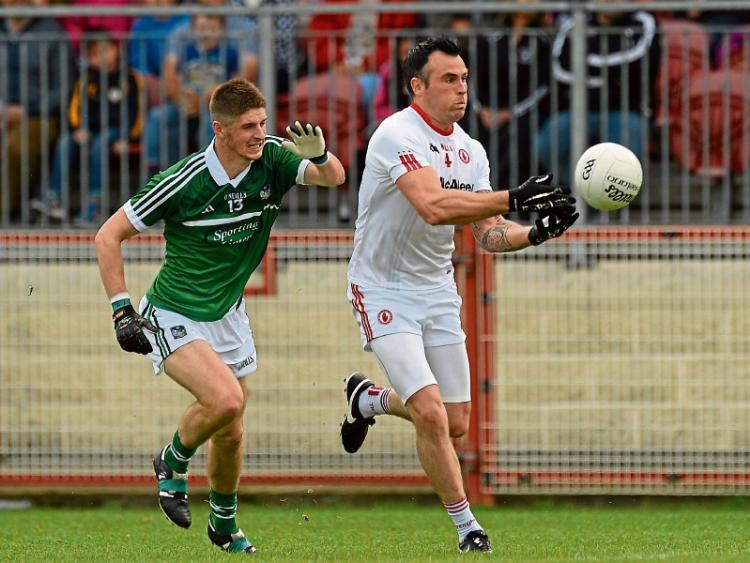 DANNY Neville is looking for Limerick to channel their ‘inner Omagh’ rather than repeat failings of the recent league in Sunday’s Munster SFC.

In his fourth year on the inter-county scene the 22 year old Ballysteen man is now a regular in the Limerick attack and feels that positives from the All Ireland SFC Qualifier defeat to Tyrone last Summer should be the standard Limerick streive for.

“Omagh was one of the most promising displays – then they ended up being in an All Ireland semi final. We threw the shackles off which is something we probably have struggled to do for the last couple of years,” outlined Neville.

He added “We will leave the league behind us and take the championship on its own merit”.

“At times we have seen it but not often enough. The displays were poor. The quality just wasn’t there from ourselves,” he said of seven league games without a win and displays which were below par.

But league and championship games of recent years tell Neville that not much will seperate the teams on Sunday.

”If you take their league form they are going well. They aren’t a team of super-stars bar Gary Brennan but they have a good system and work well as a unit . We won’t fear them – there wont be a kick of a ball between us. Was it five or six points between us in the league but that was our poorest performance in that league I would think,” recalled

The sides also met in the championship last Summer.

“The first half didn’t go our way – they got a run on us in the first half and from the start Gary Brennan was exceptional from the start. We learned a lot from that though and hopefully can set some of it straight,” said the UL student.