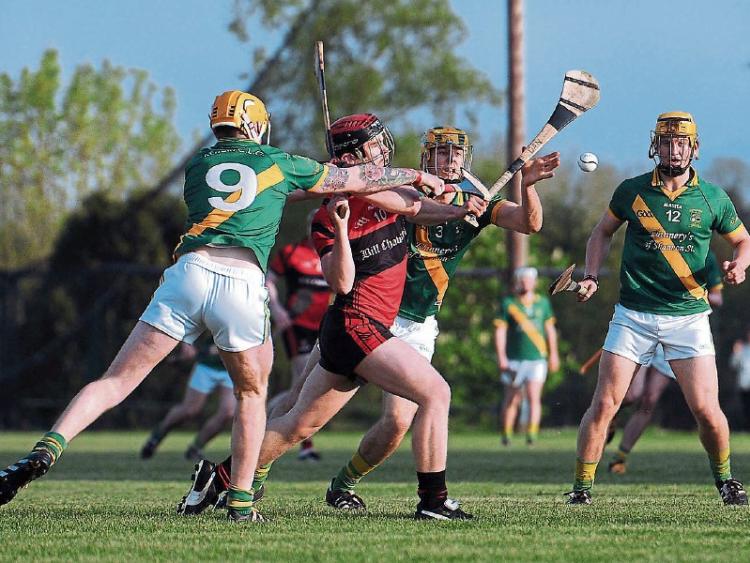 ALTHOUGH Limerick is in Munster SFC action there is a full fixture list in the top three tier of the county club hurling championship this weekend.

The weekend action should put a distinct shape on the respective championships ahead of a break until August 18-20.

All the weekend’s senior games start at 7.30 with two games each on Friday, Saturday and Sunday evenings.

Saturday May 28 in Bruff

The only weekend meeting of teams with two wins to-date.

Both have beaten South Liberties, while Ballybrown also saw off Bruree and Kilmallock memorably defeated All Ireland champions Na Piarsaigh in round one.

Both are under new management in 2016 and have certainly hit the ground running. The Kilmallock wins have come without Philip O’Loughlin and Bryan O’Sullivan. 2010 Limerick hurling captain O’Sullivan was introduced as a sub last time out, but on that occasion Liam Walsh was absent.

Both sides have been in the goals with a dozen shared between the Clarina men and The Balbec.

It’s not often there is a clash between former Tipperary All Ireland winning captains in the Limerick SHC.

This eastern battle between an undefeated Doon and a Liberties side seeking a first win, pits Declan Carr against Tommy Dunne.

Fresh from downing the champions Na Piarsaigh Doon will be buoyant, although Cathal McNamara has now joined Dean Coleman on the injured list. South Liberties have struggled to-date with a resilance on frees from teenager Brian Ryan in attack.

Saturday May 28 in Clarina

Few could have foreseen this round three game as a battle between two sides without a win.

Na Piarsaigh have moved from the hottest of 5/6 favourites for the county title to a 2/1 chance and Shane O’Neill’s men simply must win here to kick-start their title defence.

Both won in round one but suffered defeat last time out.

Victory in this tie will tee up the winner for a quarter final bid next August.

For a variety of reasons both are changed line-ups this season but youthful Ahane will have stocked up the more positives to-date and even in their loss to Adare in the previous round.

Adare have two wins from two, while Murroe-Boher secured a draw last time out against Knockainey.

A win will put Paul Keane’s Adare already enroute to a potential semi final spot, while their east Limerick opponents will hope to build on the positives of their second half display against Knockainey.

Sunday May 29 in Bruff

Kirby returned to The Well this season to replace Ciaran Carey, while O’Grady remains with Knockainey after they won promotion last Autumn.

Two late points rescued a draw for Knockainey last time out against Murroe-Boher when they were without the injured Ger O’Shea.