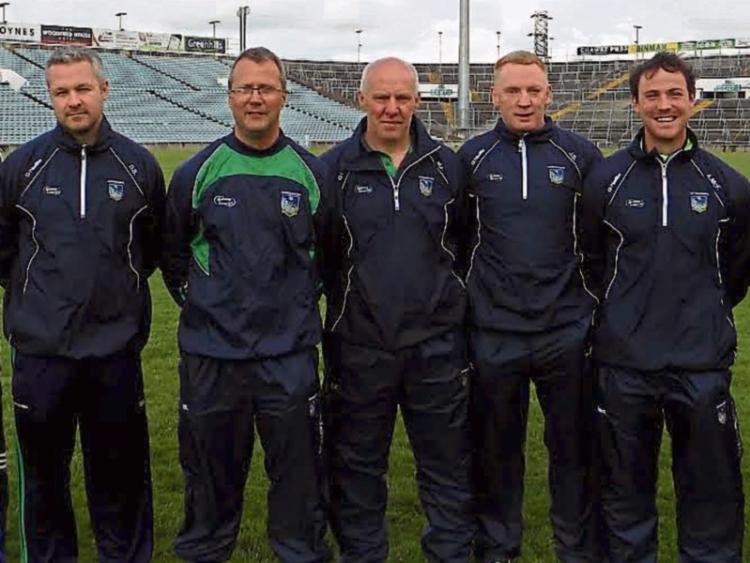 LIMERICK football coach Jerome Stack is hopeful that his side are peaking at the right ahead of Sunday’s Munster SFC quarter final with Clare.

Limerick are without a league or championship win in 14-months but Stack expects his 5/2 outsiders to benefit from “a lot of hard work” in the Gaelic Grounds.

“For the last two years I was involved elsewhere and I can tell you that the commitment by the Limerick players is very good but bottom line is that we were relegated and nobody is happy about that. I would love to see more of a return for the players,” said the Kerry native who joined up with Limerick for 2016 after two years in the Laois football management team with Tomas O’Flatharta.

A native of Listowel, Stack has previously coached the Kerry U-21 footballers and actually played in the Limerick SFC in 2006 with Adare.

“I do think in the last two to three weeks our training sessions have had more energy. Antoin (McFadden) trained them hard at the start of the year and I am hoping that a lot of the solid work that he did at the start of the year is going to pay off in the coming weeks. That’s a judgment call - maybe we paid the price when we were training hard during games earlier in the year but that base might help us now,” said Stack.

After a league that saw Limerick relegated from Division Three and Clare crowned champions, The Banner are 2/5 favourites to advance to a Munster semi final with Kerry.

“The league is over and this is a one-off game and I would have great faith that if we produce what we can that we will be in the game. If we get everything right in our house we are well capable of getting a result - to be it’s a 50-50 game even though most would make Clare favourites,” he said.

“To be fair Clare have had a very good year.

He explained: “Obviously they have momentum and confidence and a winning experience but I get a sense from our players that they are going to rise to the occasion. Sometimes it’s easier comes from below the radar and get up to that level. There is now an expectation in Clare that it’s going to be Clare v Kerry and not even giving Limerick a bye-thought but not me. I would be happy that in the last few weeks we have put ourselves in a good position to produce a performance.”

“Look at Leicester, there is a place for the underdog.”

“If you were a Clare man at the moment you are delighted - to be fair they have played very good football and have expressed themselves in games and obviously have some good footballers and forwards with David Tubridy, Eoin Cleary and young Sexton. There isn’t a team in Ireland who wouldn't like to have Gary Brennan involved.”

“You have quite a few young players involved and I couldn’t question their commitment but you can’t buy experience. You could be a very good U-21 player but going into even a senior league match is different - mistakes are punished a lot quicker. It’s a great learning environment but it’s cruel as well. Let’s be honest and I would be disappointed with results we had in the league but we had a lot of inexperienced players,” outlined the Limerick football coach.

He added: “If we had possibly a couple of more senior players on the team it would be handy. We might reap the benefit in a year or two and maybe we might get something in the game against Clare”.

“I think they have improved but there is only one place to measure that and it’s in a proper game.”