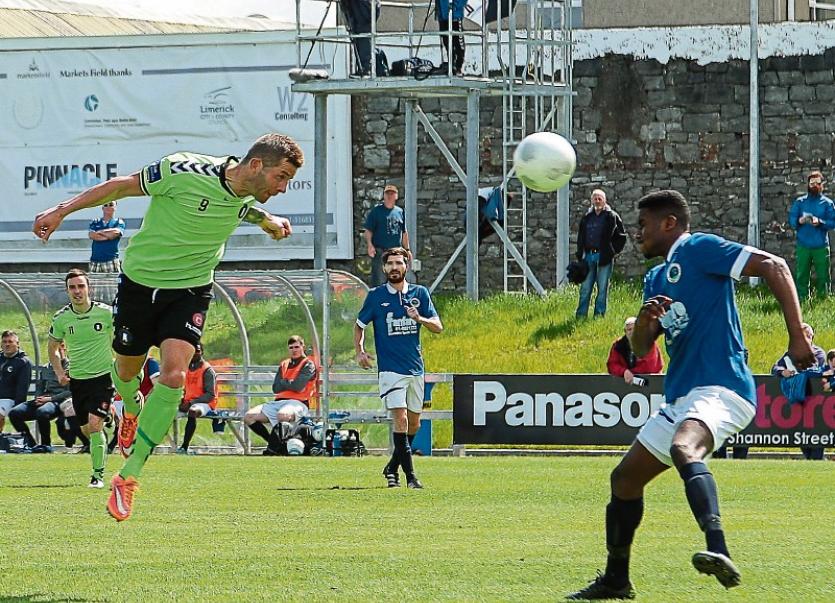 LIMERICK FC manager Martin Russell is now hoping his high-flying charges can secure two precious First Division wins before the league takes a mini break for the start of the European Championships.

With the Blues safely into the last 16 stage of the Daily Mail FAI Cup, Russell’s Limerick side will look to cement their place at the top of the SSE Airtricity League First Division with two games in six days against their two nearest challengers Shelbourne and Drogheda.

Leaders Limerick face third-placed Shels in Dublin on Sunday (3pm), before locking horns with second-placed Drogheda Utd – 12 points behind them in the table – at the Markets Field on Saturday, June 4.

Manager Russell saw areas to improve on in their win over Leinster Senior League leaders Bluebell Utd 5-2 in the second round of the FAI Cup at the Markets Field on Saturday.

Russell said: “We are delighted to be in the last 16 and still in the Cup. You always look at the game in its total, asking how can we improve and where do we need to improve.

“We take stock after this game. We scored five goals and I thought we could have had another four or five on our attacking play.

“You look at the reasons why we didn’t take those chances and equally you look at the goals that we gave up. That is something we have to reflect on.

“But we had a few injuries and players have had to come off today, trying to mind some players.

“We are in the next round which is the big thing. Let’s see who we get. We have two vital league games before the break.

“We are looking now to focus on them. These two games before the break, with Shels being the first one are vital.

“We want to keep our lead in the table as big as we can and possibly extend it if we can. Shels went to Dundalk on Friday night in the Cup and it was only 1-0 to the home side for a long time.

“They are not going to be a walkover by any stretch of the imagination.

Russell agreed that hat-trick hero and Man of the Match John O’Flynn had done well since arriving from Cork City during the closed season.

“John (O’Flynn) has been an excellent signing along with the other lads who have come in as well. They have all played their part.

“John is good to have. He has that experience, that obvious quality that has seen him play at higher levels.

“He has been very good, not only in his on-field play, but in his general manner around the place and his professionalism.

“The young boys can learn from that.”